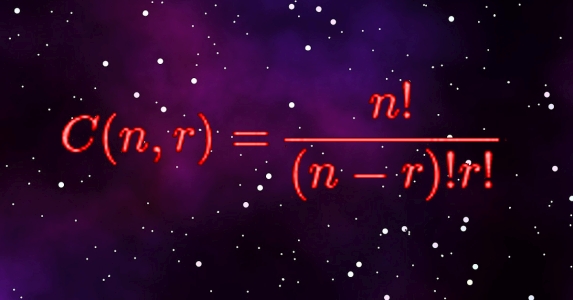 Raul’s eyes fluttered open from a tortured sleep for the fifth morning in a row. The nightmares, he’d been told, should have ceased by now. But just as before, his tired mind had been bombarded by a tidal wave of data from every angle. Once again, he was forced to wonder if the GenMod team had pushed his mental development too far.

Yet his only option was to adapt. As he’d already observed, military life had one brutal rule: everything non-functional must be stripped away. No matter how much his transformation had cost the Associated Fleet, its officers would think nothing of discarding him like a spent energy pod in the field of battle.

“Breakfast,” he whispered. At least he had no complaints about his accommodations. Even as the Intel Corps' newest agent in training, he’d been granted what to him were unheard of luxuries. Though Raul had no doubt that the Fleet Admiral enjoyed more elaborate perks, the meals produced by his personal replicator were a vast improvement over the protein cubes and powdered gravies with which his family had celebrated the holidays in the Kuiper belt habitats.

Revitalized by a good meal, Raul jumped into a soothing hot shower, before turning his expanded consciousness to the sleek quantum tablet his Section Leader had given him the day after his final treatment. And what a day that had been, when he’d emerged from six months in stasis, suspended in a vat of genetically modified amniotic fluid. The fluid’s nanobots that remapped his synapses had taken exquisite care to preserve every scrap of Raul’s innate neural functions, while enhancing their scope range and speed exponentially.

The results were mixed. For the first four days, Raul had struggled to stay afloat in a sea of data. This morning, for the first time, he could finally anticipate the next data wave, and redirect it into one of several manageable channels. Ironically, the key to survival was not to struggle against the data flow, but accept its apparent chaos as the new normal. It was like discovering he could breathe under water.

Now, at last, the exercises laid out on the tablet made coherent sense. Before long he was even getting bored by how simple some of them seemed.

“Combinatorics,” Raul muttered, “what a joke.”

Soon it was time to leave the security of his quarters and rush over to the Central Briefing Room for the latest update on the enemy position. As he slid into his seat he was greeted with a few surprisingly heartwarming smiles. This, he realized for the first time, was what it felt like to belong.

The stern voice of Section Leader Hazelton put an end to all social niceties as everyone faced front with alarming speed. New to the military, Raul could barely keep from laughing. Only a few seconds into the Section Leader’s speech, however, he was glad he’d kept the lid on. The news was grim. The Intel Corps had finally located a deadly cadre of cyber hackers who’d interfered with Fleet operations over the past two years.

“These people are ruthless,” said Hazelton. Raul watched as the morning sun glinted off the metallic buttons of his black regulation flight jacket. Ever since his enhancement, it was harder to get too excited about the current state of affairs.

Statistically, events have a way of reestablishing societal equilibrium. Given a value s, for the degree of relative stability…. he thought.

“… their interference is behind the fighter collisions at McPherson Base last month. We lost seventeen brave pilots that day.” Hazelton’s heavy eyebrows knit into a scowl as he outlined the mission to infiltrate the hacker cadre, learn their methods and get out fast, before a surgical bombing raid took out their entire operation.

“Can you tell us where they are now, Section Leader?” asked an over-eager agent at Raul’s left.

Somehow, Raul managed to look interested, even though the outlines of the mission were so simple, he’d already created a preliminary probability map for each of its possible permutations. All he needed were the spatiotemporal coordinates. But what was Hazelton saying now?

“… and in that respect we already have a slight tactical advantage,” said the Section Leader. “One of our newest agents grew up in the Kuiper habitats. Isn’t that so, Agent Wexler?”

Startled, Raul jumped to his feet.

“Yeah, I know the Kuipers inside out,” he said.

“Great,” said Hazelton. “The first drop team leaves next rotation. The quartermaster will get you and the others all suited up in plenty of time. Dismissed.”

As the rest of the agents leapt from their chairs and headed out of the conference room, the news finally sank in. His first mission with the Associated Intel Corps would involve an assault on his homeworld.