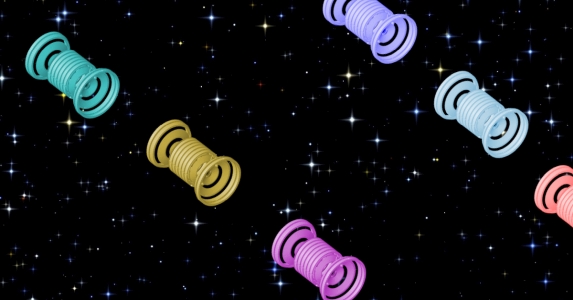 All through mission training, which was carried out onboard a military cruiser disguised as a standard commercial vessel, Raul wore himself out, trying to devise an escape plan. Trouble was, everyone else on the seven-member drop team was as intellectually gifted as he was — and would notice any hint of subterfuge.

No less a hindrance to Raul’s scheming was the sheer exertion required to complete the training. For the mission to succeed, each of the seven field operatives had to memorize every scrap of data on Habitat Ring Seven. According to reliable sources, it was from there that the latest in a series of devastating cyber attacks had been carried out.

Ironically, despite Raul’s previous life in Habitat Ring Three, he was no better off than any other team member. Although the Kuiper habitats were originally populated by citizens from eight neighboring regions of twenty-sixth-century Earth, the intervening twelve-hundred years had produced a riot of cultural diversity between the nine habitat rings. Raul couldn’t afford to take anything about local customs for granted.

On top of that Raul, like the others, had to adopt a fake identity. The Intel Corp had pitched the drop team as government-sponsored nutrition consultants. A conveniently-timed, because fake, government study had identified a spike in hypertension among the residents of Ring Seven. Naturally, Ring Seven’s Board of Governors had been concerned enough to authorize the drop team’s visit.

Raul’s frustration grew daily. Sure, his enhanced mind enabled him to absorb the biochemical link between hypertension and poor nutrition with no trouble. But turning into “somebody else”? At this point, he was still trying to figure out who he actually was. Equally disturbing, he knew practically nothing about the war being fought against a group of “rogue planets” that had recently succeeded from the Association of Worlds. Was there anything to their claims of government corruption, abuse of power and disregard for the rule of law?

Yet now, as the cruiser arrived within lander distance of Habitat Seven-A, Raul was forced to accept that, to save his skin, he’d have to follow orders.

Probably won’t know anybody, he reassured himself.

But he knew there was no guarantee. People had always travelled freely between rings. His own mother, for instance, had grown up in Ring Five. Though her marriage to a man from Ring Three had raised local eyebrows, it was perfectly legal.

At last Raul’s lander clanked into Habitat Seven’s docking port. From then on, he’d be known as “Peter Grafton, Licensed Nutritionist.” His first stop was at a welcoming ceremony, hosted by the Habitat Seven Board of Governors. His second stop was the temporary clinic where he’d advise residents on their eating habits. After earning their trust, he’d turn the conversation to their friends and neighbors. Were there any shut-ins, anti-social types who seemed nervous or rarely ventured out of their homes?

Within weeks, Raul had compiled the names and addresses of a dozen socially isolated residents. Correlation of their addresses against a pocket of unusually high network usage made these “loners” among Intel Corps’ first suspects. A month later, arrests were made. They followed on the heels of government-mandated nutrition “house calls,” during which Raul and the others planted nano-sensors that caught a few members of the cyber cadre in the act of sabotage.

So far, Raul had managed to keep his misgivings in check. Was it right, he wondered, for a gang of cyber terrorists to endanger the lives of humble soldiers? Yet his emulated neural links betrayed him, by automatically downloading teraflops of data about the government policies that triggered the rebellion. Sadly, there was no way to give his mission a positive spin. One morning, a lithe young woman with dark blond hair walked into Raul’s nutrition clinic and shut the door behind her. Before Raul could protest, she strode right up to him and stared him straight in the eye.

“Raul Wexler,” she said. “Look at you, all cozy with government thugs. If I’d known you had this kind of guts I might never have dumped you.”

Raul made a feeble show of consulting his appointment calendar

The woman leaned in, took Raul’s head in both hands and gave him a deep, sensual kiss. Starved for affection, Raul found her irresistible. Moments later, she backed away, laughing.

“Same kiss,” she said. “To think, all that money spent on brain enhancements and they didn’t teach you to cover your tracks. It’s OK, you can call me Roxanne, like before.”

“Shut up,” said Roxanne, “and sit down. We need to talk. Or would you rather I tell my contacts on the Board of Governors how badly the government has lied to them?”