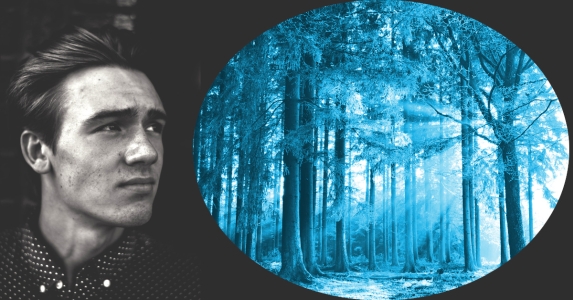 Raul peered out at Roxanne and marveled at how much Time had changed both of them. Here he was, an agent of the Associated Fleet’s Intel Corps and she, with little doubt, was a member of the cyber terror cadre his superiors had labeled “The Enemy.”

Or was there another explanation for her curt, demanding tone? Regardless, it didn’t require a genomically remapped cerebral cortex to read the fierce determination in her eyes. Though she wore a shiny red calf-length coat and matching, thigh-high boots, Raul could still make out the taut contours of a professional combatant. What a contrast to the soft, girlish silhouette he remembered.

And now, thanks to the Intel Corps’ GenMod team, the memory of their last day together on Galen 4 was etched more clearly in his mind than ever. The high-vaulted, azure winter sky, the ice crystals sparkling on the welcoming branches of the surrounding forest, and the faint squawk of an indigenous Galenese snowbird had filled him with hope that, yes, they’d be together forever. That is, until she blurted out the devastating words that changed the course of his life. Two weeks later, he dropped out of University and began a slide along the troubled trajectory that led him to this startling confrontation.

Now, without the luxury of nostalgia, nor the slightest hope that Roxanne’s feelings had changed, his analytical mind fairly ordered him to get down to business, and fast.

“I’m listening,” he said. “But you know, everything you say will be picked up by government sensors.”

“You better hope we succeeded in blocking them,” said Roxanne, “because you’re already compromised. I mean, it’s not like I forced you to kiss me back. But before you get all wet in the waistband, know that we’re feeding a perfect synthvid of this conversation right through the security system. You’ll come off looking like a good little agent. Why? Because I put in a good word for you. Play along and I can convince the Resistance to help you out of this mess.”

Raul fought hard to manage his tortured emotions. Here in one being was the former lover who’d ditched him unceremoniously, and his only hope to escape the machinations of the Associated Fleet. Or would he simply trade one maniacal master for another?

“Why should I trust your cadre more than the Fleet?” he asked. “You both hijacked me and offered me no real choice.”

“Good point,” said Roxanne. “But here’s the difference. Word is, your brain power is now so far off the charts that making you inaccessible to the Fleet would be a victory all its own. Come with me now and you won’t have to do anything — except listen. After we explain our mission, if you don’t want in, we’ll put you in a witness protection program, give you a new identity and keep you safe.”

“You mean put me in jail,” said Raul. “Did that already. So get out, and leave my salvation to me. If I’m so freaking smart, maybe I’ll find my own way out,”

Roxanne brushed a shock of dark blonde hair out of her deep blue eyes and pulled a menacing pulse pistol from beneath her long coat.

“Can’t do that,” she said. “Now that you know what’s up, it’s either me or a space burial with full military honors. I can just see the plaque they’ll send your parents: ‘Killed in the Line of Duty.’ Never thought you’d show so much guts. It’s kind of hot, actually.”

Raul’s voice stuck in his throat.

“Shut up,” he rasped. With a flick of his finger under his antique hardwood desk top, he set off an ear-piercing alarm and ducked for cover. “Stay long enough to kill me and a team of androids will haul you out by the hair.”

“Jackass!” Roxanne shouted. Raul held his breath as the sound of her hard heels, ricocheting off the corridor tiles, got fainter by the second.

Raul tried to breathe, but found it harder than expected. A few moments later, a smooth, gray robotic arm lifted him up from behind his desk.

“Report,” said the android. “Describe the nature of the intruder.”

“Some crazy woman with a pulse pistol,” he said. “What the Hell happened to you? She just walked right in.”

Raul pretended to listen as the disturbingly outsized android described the elaborate ruse carried out by the rebels. Every sensor in the building had indicated the advance of a massive attack squadron on the building’s southern flank.

But to the recently displaced resident of Kaligir 3, the android’s every word was drowned out by his mounting desire for the woman who’d just threatened to kill him.

Idiot, he told himself. Had he dodged a bullet or sealed his fate as an embittered government stooge?