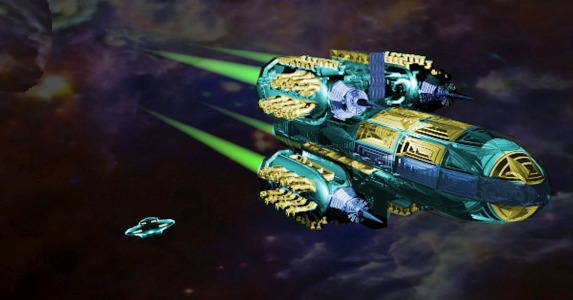 Though Raul pretended he didn’t know who’d threatened him at gunpoint, his cover was blown. He was ordered off Kuiper habitat Seven A and whisked away by lander to the military transport he’d arrived on.

“You’re the only operative,” said Hazelton, “whose position was compromised. Any idea why?”

“My assailant told me I was a valuable asset,” said Raul.

Hazelton’s fingers tapped the dark green tablet that rested on his lap.

“Valuable,” he said. “Funny choice of words. Though perhaps she’d seen you in your building and found you ģ attractive?” asked Hazelton.

“I’d advise you,” said the Section Leader, “to maintain professional decorum. Your self-deprecating comment aside, I assume you’ve had a few ģ romantic entanglements?”

“Section Leader,” he said, “what do my ‘entanglements’ have to do with the cyber cadre?”

“Answer the question,” said Hazelton. “Intel Corps’ mission is to determine the truth. Would you stand in its way?”

“That adds up,” said Hazelton. “According to your security file and the mental scan completed by GenMod, you were involved with one Roxanne Kapstein while a student on Galen 4. Which university did you attend?”

In the Section Leader’s badgering questions, Raul’s remapped brain recognized a common interrogation technique: Exhaust the subject with trivia, then strike with a shocking revelation. Rather than tip his hand, Raul answered submissively, until the moment his superior called up an image on his tablet.

“Is this the woman?” Hazelton asked.

The photo of Roxanne from five years earlier made Raul flinch, while the older man queued up a second photo.

“Now here,” said Hazelton, “is the woman who left your office building only minutes after you sounded the alarm. A striking resemblance to Rozanne, don’t you think?”

This time, Raul was prepared. With the new reflex control he’d gained at the hands of the GenMod team, he kept his face from registering any emotion.

“That’s the woman who threatened me, all right,” he said. “But I don’t really know who she is and neither do you. I’ll bet the Enemy uses the same remodeling techniques we do. Hey, any chance I could get some work done?”

“You should be very glad,” said Hazelton, “that the Corps doesn’t waste critical resources on frivolous modifications — and that I have a sense of humor.”

The Section Leader switched off his tablet and stood up.

“No, Agent Wexler,” he said. “But you’re still under suspicion. I’ve scheduled you an appointment with our Reprog team. They’ll remove all doubt of your loyalty.”

“But Sir,” said Raul. “I followed every regulation.”

“Except,” said Hazelton, “you failed to report your assailant’s appearance. A significant lapse. Let me be clear. I don’t need agents who ‘follow’ regulations. I need agents who live them. A representative of Reprog will contact you at 0800 hours. Dismissed.”

With Hazelton’s last word still reverberating off the interrogation room’s smooth walls, Raul watched his superior strut out into the adjacent corridor.

Not giving in, he thought and engaged his newly enhanced mind. Fortunately, the GenMod Team, in its eagerness to enhance his mental capacity, had neglected to consider the security threat he posed. Through his internal cyber relays, he found the ship’s schematics and traced the powerlines running from the central grid to the Command Deck.

Raul’s brow furrowed as he made a series of lightning-fast calculations, and rerouted power from several different ship functions directly into the Command Deck’s main control panels. Soon, the ship’s AI blasted a disturbing message through its comsystem:

A smile crossed Raul’s lips. The crew would surely blame the cyber cadre for the breakdown. To improve his odds, he also scrambled the comsystem and cut off power to the star drive. In the chaos that followed, he hacked into the ship’s Security Center to download a series of useful passwords and command codes. Now it was time to make his move.

After consulting the ship’s schematics a second time, he leapt into an open elevator and arrived at an emergency hatch, five levels down, off an empty cargo bay. He entered the door code, donned one of the lightweight pressure suits hanging in the airlock and stumbled into the waiting escape pod. Hands trembling, he entered the necessary override codes and launched the pod into the depths of space.

With a few more clicks, he switched the pod’s hull to light canceling mode, and gave its tiny thrusters a burst of power that sent it on a perilous trajectory back toward the Kuiper habitats.

“Now what?” he whispered into his helmet.