Episode 8: Spinning Out of Control 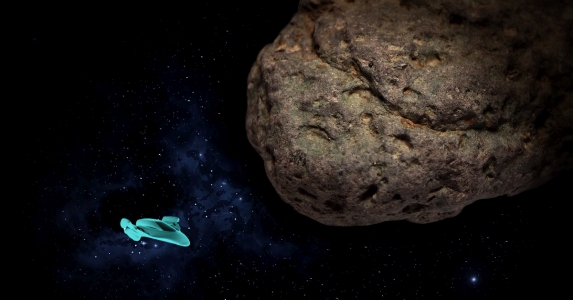 Though Raul was grateful to have found a safe haven, he wasn’t sure that arriving at a Resistance enclave qualified as “escape.”

Based on his experience with Roxanne, he wasn’t certain her cadre’s motives were pure. Her cold-hearted break up with him on Galen 4 had eerily foretold her cold-blooded attempt to kill him, in the Kuiper Habitats. But despite Raul’s ambivalence, he knew his survival at the Slingharen observatory depended on pledging allegiance to the Resistance.

In one sense, the Government’s excesses made that easy. Based on the data pouring into Slingharen sensors, the cruelty index had popped off the charts months ago and was still climbing.

Imagine, he told himself, almost one percent of the population of the Associate Worlds is in jail.

That included people whose only real crime was an inability to make bail. And, according to an old Earth saying, that was “the tip of the iceberg” — a puzzling phrase that suggested the long-abandoned human homeworld had once had icecaps. Yet no documentary evidence of icecaps had….

Snap out of it!, he thought. Raul’s preoccupation with ancient Earth was one side-effect of his enhanced mind. If he didn’t watch himself, he could slide down an infinite slope of associative logic at any moment. Giving in to that tendency, he knew, would be deadly. Unless he focused on getting off the asteroid, he’d be trapped in the eye of this political storm for good — as the pawn of one faction or another.

Case in point, the dreary espionage work that his supervisor had assigned him. Raul had never belonged to anything until he joined the Associated Intel Corps. He just wasn’t used to so much discipline. Though the cadre’s motto was “Universal Liberation,” the thing he most wanted to be liberated from was the cadre’s royal blue uniform. Its high-collared tunic chafed his neck, almost as much as its shiny black boots pinched his toes.

Raul shook his head. It did seem as if the Resistance was more concerned with its internal protocols than in overthrowing an oppressive government. No wonder he occasionally took a break from work and slid his consciousness along the interstellar network that linked every Associated World. The sights he saw: Stars exploding, colonies in the making, the nightlife of galaxy-class cities! It was intoxicating.

Yet each time, no matter where he turned in that virtual world, the same spatiotemporal coordinates would turn up. They might appear on a shop awning, or scrawled around the perimeter of a child’s ball. Sometimes, in the middle of the night, the coordinates would appear to him in a dream and seem to come alive, like guests at a cocktail party, whose witty remarks were just out of earshot.

Strange as the phenomenon was, it was his only relief from endless drudge work. Every week, for instance, he was required to read a series of lengthy essays, to prepare for a mandatory Education Session. Though he could absorb the essays with ease, their false rhetoric was as obvious to him as the square root of minus one.

In spite of himself, Raul’s flawless answers to his Instructor’s insistent questions earned him a reputation as a True Combatant of the Resistance. So it was that, within six months of his arrival, Raul received a promotion, a pay raise and a personal spacecraft. A small ship, though enormous by comparison to his former escape pod, it was intended for reconnaissance missions.

One by one, the leaders of the Resistance congratulated him, either in person or by comlink. Among the latter was Roxanne, whose enthusiasm seemed as genuine as it was disturbing. Was he really still attracted to her? But when she said she was scheduled to visit the observatory soon for a security update, Raul felt Destiny close in on him for the fourth time.

Take one look at her, he told himself, and you’ll never break free.

Was he weak for saying that? All that mattered, he realized, were his actions. So late that night, observatory time, he used his well-honed knowledge of Slingharen computer systems to cause a breach in the observatory’s sensor array and cripple its life-support systems.

He climbed into his shiny new vessel, switched off its external lighting and dialed down its transponders. When the launch bay doors opened, he fired up the ship at minimum thrust and glided out into space, with no one the wiser.

Only when his internal sensors told him he’d drifted a good kilometer away from the observatory’s rear portal did he fully engage ship’s engines and internal systems. With his limited knowledge of interstellar navigation, Raul hesitated over his next move ¬¬— before impulsively entering the mysterious coordinates that had haunted his dreams. Hours before the Slingharens noticed he was missing, he was light years away.