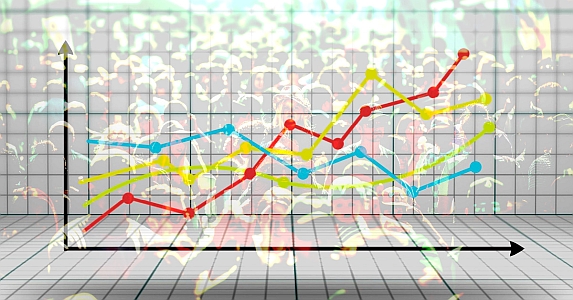 Inside a large pressurized enclosure on Karula 3, the gynoid who had identified herself as “Commander Alison Banes” sat across from the human contingent, wearing a shiny bronze bracelet that covered half of her forearm.

“As near as we can tell, your story checks out,” said Commander Jenkins, “even if it’s the most unlikely thing I’ve heard in twenty years on the force.”

The gynoid’s expertly crafted simulation of a smile was utterly disarming.

“Believe me, Commander,” she said. “You’re not alone in finding time travel mystifying. I myself have experienced it and I still can’t take it for granted. But it is a fact. I’ve seen your future. More important, I’ve heard our temporal consultants explain the workings of the global timeline. It’s like a delicate vine that needs constant tending.”

“And you want to tell me … what?” asked Jenkins. “That everything we’re doing on Kalura 3 is wrong?”

“’Wrong’ is such a loaded word,” she said. “We speak instead of how to optimize or impede humanity’s timeline. There are … how to put it ... inflection points in history that require special attention.”

Lieutenant Latimer, Jenkins’ second in command, looked up from the tablet into which she’d been taking notes.

“Excuse me, Commander,” she said. “But without time travel, you’d never have known this was an ‘inflection point’ at all. Sounds more like you’re trying to create your own timeline than preserve an existing one. What if we don’t like what you have in mind?”

The gynoid’s expression shifted, and her voice darkened.

“You must try to understand,” she said. “I have no ‘agenda’ other than to prevent a disaster that would disrupt the progress of the human species for generations.’

She launched into a detailed discussion and floated the idea of alternative futures as viewed by her ‘temporal consultants.’ Of course, neither Jenkins, Latimer nor any of the others at the table realized that her words were pure fiction.

“There are many possible futures,” she said, “that might branch out from this point, In some, humanity goes into a steep decline. In others, we flourish and achieve the heights of science, technology and culture that I myself have witnessed. And the point of my visit is to inform you that, in the overwhelming majority of cases, the sooner in the timeline you abandon your mission on Kalura 3, the brighter the outlook for humanity.”

Commander Jenkins rubbed the back of his neck.

“That’s a lot to swallow,” he said. “We’re here, as you must know, to negotiate control of the largest deposit of rare minerals we’ve discovered since space exploration began. Why the gallium deposits alone….”

“Yes,” said the gynoid. “I’m aware of the short-term economic benefits you seek. But take a look at this,” The humans gasped as she tapped a few buttons on her bracelet and produced a broad holographic display. “There. You can see the initial rise of all positive economic markers. You would experience a ‘boom.’ But look further out, there, fifty cycles in the future.” “Declines everywhere,” said Lieutenant Latimer. “I don’t get it.”

The gynoid rattled off a fictional account of a swing in public opinion away from space exploration.

“Once the general public becomes aware of how you plan to exploit the Kalurans … no, don’t bother to deny it, Commander Jenkins, I’ve seen the entire scenario from every angle.”

“You’re saying some nosy reporter is going to spread a pack of lies….” said Jenkins.

“Lies, Commander?” asked the gynoid. “Let’s have a look at the latest version of the treaty you’re about to present to Proconsul Delana Joletry.”

“Meeting adjourned,” he said. He jammed his helmet on his head and stalked out to the planet’s surface.

A month later, Rolfant Andrelex sat calmly in his elegant office and, for the first morning in well over a year, enjoyed the thought that his people had their planet to themselves. When the interstellar transmitter he kept hidden in his desk began to chime, he thought nothing of it.

“Greetings,” he said. “Let me say again how much we appreciate that you have rid us of the human pestilence.”

The voice at the other end of the transmission was Galinton, the Jaljensian general who’d coordinated the elaborate deception that had scared the humans away.

“We’re … thrilled,” he said. “to hear how thankful you are. And rightly so. Now we expect you will be equally thrilled by the price you must pay for our … expert services.”