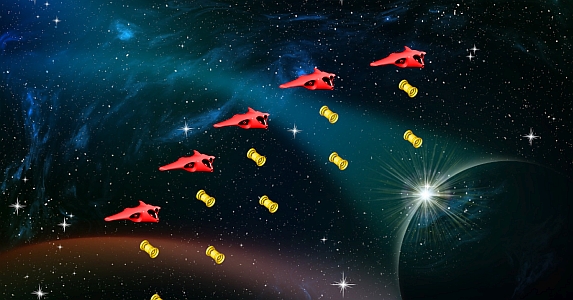 Andrelex’s toothy reptilian jaw dropped as he heard the Jaljensian general run down the terms of his planet’s surrender. How, he wondered, would he break the news to Proconsul Joletry, let alone to the Kalura Circle of Light, the planet’s fractious governing body? Within a few hours, however, the Jaljensians had already delivered their stark demands to the authorities. In exchange for total control of Kalura’s unparalleled mineral wealth, their new imperial masters would give them access to a host of technological wonders.

And as Andrelex also learned, the price for this bounty didn’t stop at mineral wealth. A certain percentage of the Kaluran population would also be pressed into service, engaged in either frontline military conflict or technical support in a variety of disciplines. Those taken as soldiers would undergo a brutal genomic remapping to make them stronger, more resilient, faster, with keener vision and faster reflexes than their compatriots. It was to be the end of Kalura’s independent social development.

Within a month after the arrival of the first Jaljensian landers, Andrelex was in the awkward position of missing the humans. For while Commander Jenkins had been boorish and bullying, he had been willing to leave Karula to manage its own affairs. His only interest had been monetary gain. The new Jaljensian overlords were a different story. From his first conversation with a certain Colonel Hajdrinol, Andrelex realized he’d never get a decent night’s sleep again.

“Pay attention when I’m speaking to you, reptilian slime,” the Colonel had said. “You will have to look sharp if you want to retain your post.”

“Yes, Lord Hajdrinol!” the crustacean yelled. The conversation went downhill from there. Nevertheless, Andrelex, a skilled diplomat, soon wormed his way into his new master’s graces. For it seemed that Hajdrinol had a weakness for the rich pastries that were a Kaluran delicacy. Between that and an addiction to distilled naldriol nectar, it wasn’t long before Andrelex had the imperious monster eating out of his hand, sometimes quite literally.

But while these adaptations saved the Referent’s sanity, they did little to slow the pace of disruption on his homeworld. For one thing, he had to watch all but the top-achieving students in the graduating class of Kalura’s high schools be drafted into the Jaljensian military. Of those, a depressingly large number were turned into organic fighting machines.

His only consolation was that his two beloved nieces, each exceptionally brilliant in mathematics, were spared this treatment and shuttled off to and accelerated university training program. Yet even at that, he was later dismayed to learn that the older of the two had been selected for cyborgization. There was no telling how much of her original personality would survive that process, but Andrelex was forced to be satisfied that, at least, she wouldn’t be fighting on the front lines in a distant space battle. Though he’d previously regretted his inability to find a mate and start a family, he had to admit that recent developments made him sadly grateful for his misfortune.

As the weeks ground on, mining operations sprung up all over Kalura 3. The invaders were, as expected, quite ruthless. They thought nothing of destroying entire residential neighborhoods and cherished cultural monuments if it meant maximizing the yield of their excavations. At the same time, Monstrous Jaljensian buildings arose, from residential towers, to laboratories, refineries, manufacturing plants, sports complexes and entertainment centers.

More and more of the crustaceans arrived in their curious, egg-shaped landers. The least of them lorded themselves over the smaller Kalurans with almost comic contempt. It was a revolting display of arrogance that, unfortunately, nearly every sentient species has, at one time or another indulged in when it was riding high.

And rode they did. The new mining operations delivered enormous profits for the crustaceans, who enriched their lifestyle and that of their home world, while at the same time, providing virtually unlimited wealth with which to supply their conquering space fleet. In fact, the Jaljensians were on track to dominate nearly a third of the settled universe within the ensuing decade.

+Except that is, for single lapse of judgment, directly related to their overweening pride. In total disregard for interstellar law, they’d begun using planets in the Halkofrynese Dead Zone as a dumping ground for their spent fuel cells. Long considered sacred by the Lorgentirids, the Dead Zone was supposed to be off limits and the violation did not go unnoticed.

“Do you see, Ziphthlan, how these pigs defile our sacred refuge?” asked the head of the Lorgentinid Synod.

“Never fear,” said the Lorgentinid Primate. “Our retribution will be swift and merciless.”