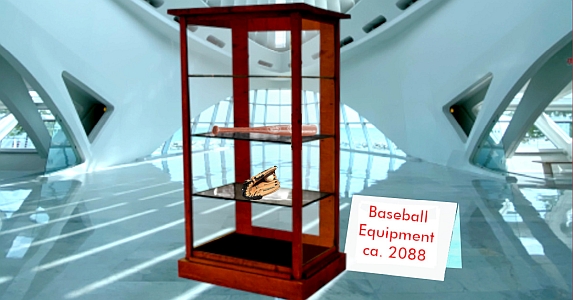 A month into his stay at a Sector West rehabilitation center, Kevin found it more difficult everyday to resist its warm embrace. By any standard, the facility provided a level of comfort and concern for his well-being far beyond the expectations of the average citizen. His private dome, while not the absolute height of luxury, was nonetheless several times more spacious and feature-laden than most people dared hope for.

The airy kitchenette featured state-of-the-art food and beverage replicators. The foot-massaging pile of the ultra-soft carpeting lent a cozy feel to his every step. Combined with the infinite gradations of light, shade and temperature afforded by the dome’s AI monitor, they made Kevin’s quarters the perfect cocoon for his fragile soul.

And that was aside from the dome’s large shower room, itself a marvel of nuanced ease. No mere “scrub shack,’ of the sort one might find on one of WorldUnion’s many military bases, it introduced Kevin to a concept of bathing he’d never imagined. Water temperature? Perfect. Towels? Soft to the point of urgency. And, of course, every other typical shower room function delivered unparalleled physical satisfaction with the minimum of inconvenience.

Given such a soothing environment, Kevin rarely had any inclination to venture outside. Yet two factors pushed back against his hermitic impulses. The first was his natural gregariousness and, at a subjective physical age of only twenty-six, an unquenchable desire for “recreation.” The second was his court-appointed counsellor, Reah Landesman. After a week of going unseen by the larger community, she was at his door a mere hour after sunrise. His head bowed, Kevin invited her in and immediately turned his back to her.

“You have to get out more,” she said.

“Can’t do that,” said Reah. “Partly because I care what happens to you. But also because, professionally, I can’t allow you to stay here unless you make an effort to adjust. You know how the PsycheCorps designates people who avoid all outside contact? “Chronic Social Isolates.”

“Chronic Social Isolates get warehoused, Mr. Walsh,” said Reah. “Would you like to move to the minimum security facility you mentioned when you first arrived?”

Kevin spun around to face her.

Kevin’s brow furrowed and he glanced down at the baggy silk pajamas he’d found in his closet when he first arrived. He grabbed a soft cotton bathrobe from the shower room, threw it over his shoulders, and followed Reah outdoors. To the right of the dome’s entryway was a package wrapped in colorful, shiny paper and tied up with ribbon — a sight Kevin hadn’t seen since his childhood, four hundred years earlier.

“It’s not even my birthday,” he said almost without realizing it. For that phrase, too, was a relic of ancient times. The Integrator’s Vision of Universal Order left no room for celebration, neither as the commemoration of historical milestones, nor of any individual. Order required the “natural equivalence of all days, each one in service to the goal of Total Integration.”

After a glance at Reah, Kevin carefully tore off the paper and ribbons, and lifted the flap on the plain cardboard box inside. A quiet, primal moan emerged from his throat as he stared down at the contents: a baseball bat, nestled inside a neoleather baseball glove and, wrapped separately, a white ball with red stitches.

“Sure,” said Kevin. “But … can’t play without a team. Two teams. Where am I gonna find seventeen other people who know what baseball is?”

“You never know,” said Reah. “Try a little batting practice. If you don’t jog some old memories, you might spark some new interest.”

Kevin stared at her a moment, before picking up the bat. The weight of the polished wood sent a rush of satisfaction up and down his forearms. His face glowing, he reached into the box, tore the ball out of its wrapping, tossed it up and gave it a good whack with the bat. Reah, who had just enough time to duck, watched as the ball arched up and over into the space separating Kevin’s dome from its nearest neighbor.

Reah pointed at Kevin’s pajama pants, which were now down around his ankles and laughed.

“Only … only If you get dressed first,” she said. “PsycheCorps frowns on exhibitionism.”

Kevin tightened his robe and kicked the uncooperative pants away with his feet.

“That … that never would have happened before,” he said. “Am I going crazy?”

“Let’s call it ‘going human,’ instead,” said Reah. “If you come out to Communal Meal in … a half hour, I can introduce you to a few people from your origin era. Some of them might remember what a slider is.”

Kevin fought hard to keep a sly grin from taking over his face, but failed miserably.