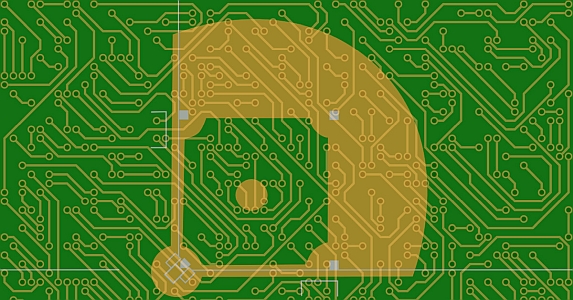 Over the next six months at WorldUnion Rehab Center 151179, Kevin’s new habit of early morning batting practice brought him out of his shell. Between those who, like him, had once played baseball, and others yearning for simple pleasures, he developed a new set of fast friends.

“Friend.” The word called up a universe of submerged emotion. Timmy Madison had been a friend, even if he could be such a dirty liar. Nothing unusual there, Kevin knew. Real friendship was a binding tug-of-war between two kids who stood together, whenever stupid adults made unfair demands.

Soon, Kevin had generated enough enthusiasm to justify circulating a petition. Would the Center replicate the equipment needed for a real game? Though Center Admin granted his request in a week, Kevin had only a solitary month to revel in the rivalry between the “Domes” and the “Towers.” Nine weeks into their first season, a starkly worded message from Reah appeared on the wall-mounted tablet in his quarters.

REPORT TO ADMIN CENTER 12 AT 1500 FOR SCHEDULED REINTEGRATION

Kevin’s heart pounded. The problem with his empathy subroutines had been resolved. He’d be an Enforcer again! For the past seven months, he’d thought of little else. To access incoming data from across the WorldUnion. To sense the measured order his implants imposed on his mind, just like before!

Still, a nagging thought dampened his enthusiasm. Enforcers didn’t play baseball. They didn’t get into shouting matches over pop flies. They didn’t experience the untrammeled joy of a five-to-one victory — followed by spontaneous love-making with a teammate like Silvia Moretti.

But surely, he told himself, once his implants were switched back on, his world would make sense again. Besides, as an Enforcer, he’d been feared. Kevin’s skin tingled as he remembered the narcotic effect of eliciting terror from Resisters. Its lure was irresistible.

At 1500 Standard Hours, he entered Admin Center 12, dressed in the regulation uniform he’d once worn without question. Why, he wondered, did it feel so itchy? After a brief wait, a roughly conical android ushered him into a spacious, high-ceilinged office. Kevin’s jaw dropped. The room’s opulent splendor was a shameful relic of pre-Integration. Worse, its elegantly dressed occupants inhabited this luxurious environment with the unaffected grace of aristocrats.

From behind a magnificently carved mahogany desk, a pale man in his seventies stared out at him. Between two fingers, he held a large brandy snifter. Standing next to him was a tall woman in her twenties, who wore a profusion of pearls and yellow silk, as if she had just come from an ancient ball room. That is, aside from the shiny red tablet she cradled in both hands.

Kevin’s throat went dry, but he managed to cough out an answer.

“I had … had thought,” he said, “that the Integrator had shown us a different path.”

The woman spoke next, without looking up from her tablet.

“And do you disapprove of what you see?” asked the woman.

“It seems … excessive,” said Kevin. “I wonder how many resource units each one of the non-essential items in this room must consume. Based on the ambient light level alone, I estimate a consumption rate of 36.87% above WorldUnion Standard. Secondarily….”

Suddenly, Kevin’s perspective shifted. The “office,” a mere hologram, faded out, to reveal the blinking status lights of two androids, who hovered near an elaborate digital console. The room’s décor was now limited to streamlined, space-saving equipment, which was cast in a dull gray, metallic finish. The taller of the two androids turned its bowl-shaped head in his direction.

“Reintegration complete,” it said. “Your implants are now fully functional. Welcome, Enforcer. Stand by for updated mission protocols. Report to Landing Pad 13 in approximately 04 rotation, for transport to your new location. Dismissed.”

The man who had entered the facility as Kevin Walsh, left it as 17Kevin37. Or did he? As he marched back to his quarters, his eyes struggled to adjust to overlapping views of his surroundings. The warm, welcoming home where he’d regained contact with his childhood, fought with the treatment center for the Dys-Integrated that his implants now forced him to see. His stomach tightened.

In the distance, he heard Silvia Moretti call out to him, but refused to look up. He hesitated, his feet shifting this way and that — until he put his head down and raced into the safety of his dome.

Kevin slammed the door behind him and locked it tight, though that gave him no peace. He wanted to flop down on his bed, but noticed a small package on his pillow. He ripped open the wrapper and found a subcutaneous transmitter, no larger then a sewing pin. A sealed envelope next to it contained a notecard, which was decorated with a photo of an ancient baseball diamond. Scrawled inside the card was a handwritten note:

I CAN HELP YOU.

Kevin jumped back from the edge of the bed as the envelope, notecard and wrapping paper extinguished themselves in a flash of smokeless fire. Tears streamed down his face as he slipped the transmitter into the skin on the palm side of his left forearm. A moment later, Reah’s voice echoed softly in his mind.