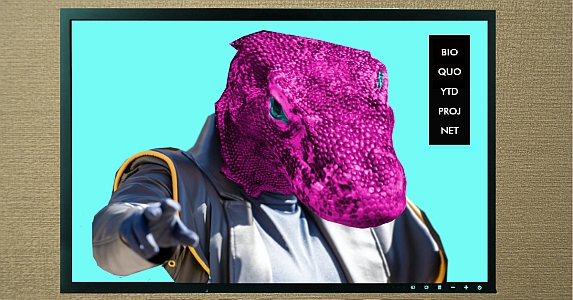 The gift that Reah Landesman had given Kevin — evidence of intelligence failure by his superiors — had the desired effect. With the detailed data Reah sent him through his subcutaneous transmitter, he built his case like a skilled litigator. His subsequent testimony before WorldUnion Court was devastating and he enjoyed seeing two of his superior officers squirm and tremble under cross examination.

As predicted, his successful prosecution of their “Dysunifying Malfeasance” won him first a coveted commendation from the Office of the Integrator and, a few weeks later, a promotion. Outside of his seven-month stint in rehabilitation, his new title initiated his first major life change since he’d been inducted into the force at age eleven.

NeathDirector 17Kevin37, as he was now officially known, was no longer engaged in field work. Barring revolutionary action, he’d lead no more raids and never again witness WorldUnion cruelty first hand. His brow furrowed. Would his distance from the anguished faces of his victims harden him to their suffering?

Not when I see what the Integrator is planning — and who he answers to, he thought.

The reality of the lie he’d been living became clear the moment he stepped into his spacious new office and received his first administrative memos. Up until that moment, he’d assumed that the Integrator’s harsh methods were aimed at perfecting society by eliminating wasteful human habits. Properly regulated, Kevin had always believed, WorldUnion could weed out the baleful legacy of a’ barbaric past.

Kevin’s eyes bulged as he watched his holoscreen translate the original’s alien characters — a mix of florid squiggles and sharp-edged geometric shapes — into WorldUnion Standard. Staring out at him was a holopic of a severe, dark-red reptilian dressed in what looked like a military uniform, complete with a ceremonial dagger. Though Kevin wasn’t familiar with every topic the Commander discussed, he had no trouble getting the gist of the memo:

Quotas for the next drolkan will increase by twenty-five percent, effective immediately. If you presume to maintain the favored status you have enjoyed with the Tellurian Imperium, you must comply. Let me remind you that there are dozens of other subspecies — not a few of which are much less repulsive — who would kill to enjoy your privileges. Know that I will not brook any deviation from the quota schedule outlined in attachment TI/E732.

Lest you think I am simply being petulant, know that our ongoing conflict with the Sinovians is approaching crisis levels. As per our agreement, human soldiers will be required to fortify our defense of the Glaxinu System, if the Sinovian devils break through our front lines. As you value your lives, think only of the effect Sinovian tentacles would have on your pathetically tender skin — and step up production of molybdenum, at once. You will also soon receive and update on your gadolinium-157 quotas from Rel Commander Jelneeth who, I warn you, lacks my tolerance for subspecies and will accept no delays….

“Subspecies,” Kevin whispered. He had no doubt his office and every device he’d been issued were constantly monitored, so he said no more and proceeded to take notes on the memos he’d received as a way of covering his tracks. Within minutes, a soft whir entered his mind followed by Reah’s voice.

Now you see, she said.

The Tellurians? asked Kevin. Thought they were just a myth to scare disobedient children.

Now you know who the children are, too, said Reah. Look under your desk on the left.

Kevin felt around until his hands hit on a tiny rounded device attached to the underside of his desktop. In answer to his tense question, Reah called it a shielding device he should implant in the nape of his neck. It was, she explained, self-concealing.

Without it, I can’t continue to reach you like this,” said Reah. You’ll be on your own.

Hands trembling, Kevin peeled the barely visible circuit from its mount and pushed it into his neck as instructed. A vivid visual field opened before him. After his mind adjusted, he saw Reah smiling an waving.

Much better, she said. Now we can really move forward. Just go through the motions until you see me again.

How did you manage…? asked Kevin.

Teamwork, said Reah, but you knew that, right?

Kevin’s eyes blinked pointlessly as her image faded. And just in time. A uniformed attendant knocked meekly at his door.

“You’re wanted in Conference Seven, NeathDirector,” he said. “And may I say, it’s a pleasure to serve such a distinguished officer.”

“Thank you, Adjutant,” said Kevin. His heart racing, he strode off down the appropriate corridor, in the hope that the steady click of his heels on the corridor’s pseudo-cotta tiles would calm his jangling nerves.