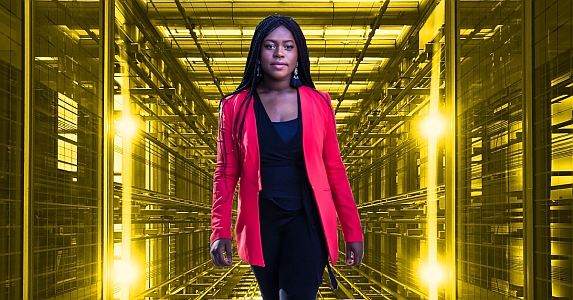 The weeks following Kevin’s promotion delivered a constant barrage of unpleasant revelations. As became increasingly clear, the entire apparatus of the WorldUnion government existed solely to serve the ever-increasing demands of its Tellurian overlords.

“Integration?” “WorldOrder?” “The Perfection of Humanity?” Every one of the Integrator’s stated goals were simply code words for programs that ensured that Commander Kraath and his ilk received their tribute money on time, month-by-month. For the simple truth was that Earth and its fragile colonies on the moon, on Mars, Europa and Titan had been client states of the Tellurian Imperium for the last four centuries.

To meet the ever-increasing quotas, set by their masters, human leaders had quickly realized that every member of humanity must be profitably employed at all times. Illness, mental or physical could not be tolerated. Every moment of every citizen’s life had to be accounted for. Even in sleep, the WorldUnion put people to work, harvesting their bioenergy to fuel continuously-running banks of machines and computer hardware. Procreation was strictly regulated. A full-blown eugenics program, was initiated and supplemented by Tellurian gene modifications.

As a consequence, the humans of Kevin’s time were far removed, in terms of strength, endurance, disease resistance and native intelligence from the parents he’d been born to. And WorldUnion took full advantage of those “improvements” to drive profits and boost growth.

But surely Kevin’s most startling discovery was his meeting with his long-revered Integrator. Led into a high-vaulted room after a blindfolded ride by armored hovercar to an undisclosed location, Kevin was startled to be face-to-face with the holographic image of a benign, yet powerful woman. According to his implants she was being produced by the massive quantum computer behind her.

“Welcome Neath Commander 17Kevin37,” said the Integrator. “We have observed your behavioral patterns with great interest.”

“Thank you, Integrator,” said Kevin. So imposing was the image before him that he had no trouble striking the expected tone of awe. And yet, deep in his mind the central question would not be stifled. Was this the driving force behind his life for the last four centuries?

“Yes,” said the hologram. “Even deprived of your implants, for the purposes of our little experiment, you demonstrated admirable leadership qualities. Imagine, convincing a rather large collection of your fellow inmates to take up an archaic sport with unbridled enthusiasm.”

“I’m … I’m speechless,” said Kevin. He was, after all, only telling the truth. Had his time in the Sector West Rehab Center been a mere experiment? Clearly, for all this praise, he was no more than a test subject.

“Your modesty becomes you,” said the Integrator. “Too many of your predecessors have been consumed by arrogance — and paid a high price. I feel confident you will not be so foolish. Now, please, sit. You will require not a few hours of subjective time to absorb your next assignment.”

Kevin stepped aside, as a stainless steel-framed chair, its legs bent into parabolic arches to emerge from the tiled floor. He eyed the wine red velvet cushion tucked into its framework with a mix of irony and puzzlement before sitting down. An artificial intelligence with a taste for luxury? It seemed so out of character.

Regardless the assignment laid out for him by the Integrator unfolded with ruthless logic. After a week-long orientation, he’d set out by interstellar transport to Latherdrorn, the seat of the Sinovian Plexus. There he was scheduled to participate in roundtable discussions designed to bring an end to the decades-long Tellurian-Sinovian war. The Integrator hadn’t exaggerated. His assignment was a lot to absorb. Especially, that is, the part about assassinating the High Sinovian Drujuh, widely believed to be the driving force behind the continuing hostilities.

Hours later, alone in his quarters in the Integrator’s Residential Complex, where he would live for the duration of his training, Kevin finally had a chance to assess the situation.

Nothing like rounding up Resisters for interrogation, he thought.

Although he had previously shot to kill, either to stop a fleeing criminal or in self-defense, he’d never carried out an assassination. Back then he’d been wedded to the Cause. But now, how could Reah expect him to just “roll with it,” as part of her master plan.

Shaken, he turned in for the night, only to be awakened by Reah’s telepathic image.

Don’t stress yourself, she told him. The Sinovians have already been warned. The Tellurians will be told that the Drujuh is too ill to attend the negotiations.

Kraath won’t let that stop him, said Kevin. He’ll find another time to have the Drujuh killed. He controls a huge spy network.

True, said Reah. But only we control Time. Go to sleep.

Reah’s image faded and Kevin was left with an uncomfortable mix of emotions. Though he was relieved to be spared from Kraath’s insistent orders, Reah’s cryptic comment made him wonder how far he should trust her.