Episode 9: A Rift in Time 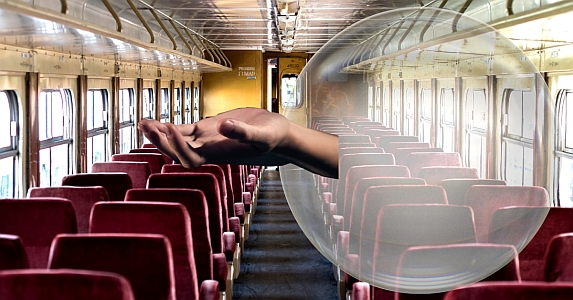 After hours, Kevin watched the latest developments in the Tellurian-Sinovian war from his spacious apartment in Consensus Village — at the heart of WorldUnion’s capital city. Predictably, WorldUnion newsnets praised the hulking, dark-red saurian Tellurians and demonized the fragile, pale blue insectoid Sinovians.

One news report included a close-up of a dying Sinovian soldier’s face. Despite its non-human features, the insectoid made Kevin think of comrades that he himself had lost in battle, during his brief stint in the WorldUnion armed forces three centuries before.

Yet he knew better. The war, like all wars, made the sense of pure power. The fact was that the worlds colonized by the Sinovians were richer in natural resources than any others in the neighboring three galaxies. Even in societies like Kevin’s, where everything “natural” had been surgically excised, there was still no substitute for the raw materials produced by exogeology.

Now the conflict had reached new depths of cruelty. The Tellurians, starved for those resources, became more desperate. In defiance of Interstellar Law, they began pounding civilian targets, decimating hospitals and schools where the Sinovians had hidden a portion of their armaments.

As he watched, Kevin wondered how much longer he could continue to play along, even as a double agent. Maybe a better option would be to take a vacation and never return. Trouble was, the Integrator could track him through his implants at any time. And the surgery to remove them could prove fatal.

Besides, the only person Kevin knew with the connections to arrange such an operation — and keep it quiet — was Reah. But she’d shown no inclination to let him off the hook. Later that evening, her image appeared in his mind.

You see what’s coming, don’t you? she asked. The Tellurians are forcing our hand.

Kevin didn’t like the sound of that, and Reah’s explanation brought him no peace. For the “hand” she alluded to was the one poised over the controls of a “Time Modulator.”

Nobody has that kind of tech, he said. Not the Tellurians, the Sinovians or even the Drelnathenese — and they’re way ahead of all of us. Who are you, really?

Be patient, she said. You’ll receive a transfer order tomorrow. Then we’ll be able to work more closely. if you don’t agree with our methods — you can go free.

Reah’s image faded out, but the word “free” continued to echo in his mind. He smacked his forehead. Freedom was a state of mind he’d never experienced. As a child, there’d been the adults in his life. Since entering the Service, Section Leaders, Fleet Officers and the Integrator, had shaped his entire life. And now he answered to a pugnacious lizard.

What was it like, he wondered, to live free? If Reah’s team actually had a Time Modulator, could they send him back to the days before technology became Civilization’s controlling interest? Exhausted, he slumped down on his soft bed and slept.

The next morning, he awoke strangely invigorated, as if he were suddenly ten years younger. Curious, he passed a standard home medical scanner over each wrist. The scanner’s readout was startling.

Though Kevin was no physicist, a quick check of the Global Knowledge Base told him that the average concentration of chronons in the human body was never more than 0.0001 percent. That was why humanity was bound by subjective, chronological reference points.

But this change in his physiognomy meant Kevin would soon have an altered perception of Time. Out of the blue, he spoke up in a crisp voice.

A second later, his internal comlink buzzed with a contact from his superior, Commander 109Frederick137.

“Report to Flight Station 19, Neath Commander,” said an unctuous voice. “Don’t bother to pack. You will be meeting Kraath himself. We’re told he’s very impressed with your record.”

Kevin felt the words “At once, Sir,” welling up in his throat and stopped them with a quiet cough.

“On my way, Sir,” he said instead. He hurried into his dress uniform, pulled on a pair of black calf-length boots and raced toward the elevator leading to the street. All the while, the world around him grew increasingly still. By the time he was nestled into the passenger seat of an official WorldUnion shuttle, he felt as if he were watching a holovid in slow motion.

All at once, Time seemed to stop and a rift appeared, improbably, in the shuttle’s starboard side. Reah’s hand reached out to him.

Kevin unbuckled his seatbelt and bolted into the rift. Now Time inside the shuttle returned to “normal.” But another version of himself was still seated and stared out his port side window. Soon the shuttle would dock with its base ship.

“Who’s the second ‘me’?” he asked Reah, once they were clear of the time portal she’d opened.

“That Kevin is from a parallel universe,” said Reah, “where I didn’t intervene in your life.”

“I’m never going back again, am I?” asked Kevin.