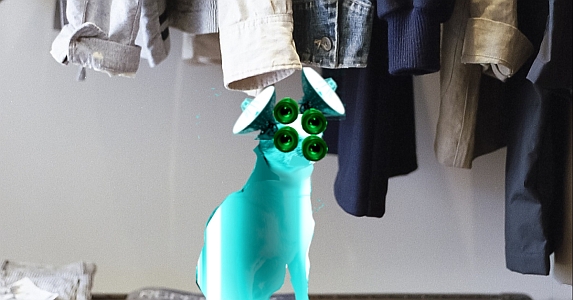 The sky train to Queloz City was twenty minutes late. Usually, Kishor would’ve shrugged that off. At seventeen, punctuality was not his main preoccupation. Sure, he’d get an earful from the Edubots at the Learning Center if he were late, but there was no reason to care. Anything he couldn’t learn on his own would eventually be mapped on to his cerebral cortex — even though every adult on his homeworld claimed that there was no substitute for “real learning.”

But Kishor was pretty sure there was no difference between students who struggled through Pre-Calculus only to forget it, and students who were “mapped” for Calculus, but never used it. Yeah, it was fun sometimes to dig into a topic — but not at the expense of video streaming, playing Pango Ball with his pals, or spending quality time with the lovely Laranya. And for that reason alone, the lapse in the sky train’s impeccable on-time record filled Kishor with a tangle of nameless anxieties.

If I’m late, she’ll never believe it was the sky train’s fault.

To Laranaya’s credit, she’d have given him the benefit of the doubt. But the nerves of a teenage lover are as gossamer as a spider’s web. Kishor’s first thought was to hire a private hover car, Very romantic, until he had to face Father’s fiery scowl and Mother’s icy silence. Someday, he’d have his own credit tile. Until then he needed to be ingenious. That’s when his thoughts turned to NolJonra, the android that had appeared in his bedroom closet last Tuesday.

The four-legged android, encased in a dull green shell of composite nanotube construction had looked up at him with an array of cameras, on each of four stalks.

“I am a Nol, a Jonra class android from the Freladra Sector, of course,” he said. “Judging by your surprise, I assume I must have arrived as the result of a transmat accident. Most likely a malfunction in the spatiotemporal….”

“Keep your voice down,” Kishor whispered. “If my parents find you … Besides, can’t you just … transmat … back to Freladra whatever?”

NolJonra’s cameras retracted into their sockets and he buried his rounded face between his two front legs.

“Oh, no, I can never go back.” he said. “They treat me horribly. Do you know what it’s like for a Jonra-class android to do nothing but calculations all day? And when I’m through with that, they … they make me clean the floors!”

The android’s piercing sobs broke Kishor’s heart — while striking terror in it at the same time.

“Kishor, my boy, what are you doing in there?” his mother called out.

“Just … just rehearsing my part for the Learning Center play,” said Kishor, even though the Learning Center program had included nothing so frivolous since the Founding Colonists arrived twelve hundred years before. But whether his mother believed Kishor or not, at least she said no more. Kishor crouched down to the android’s half-meter height.

“Stay quiet,” he whispered. “We’ll figure something out when I get home.”

“Wait,” the android had said. Kishor watched as a compartment on NolJonra’s torso opened up to reveal a small cylindrical transmitter. “Take this, so I can call you, if I get discovered. I’m all alone on this world, Kishor!” The boy didn’t have time to ponder how the android had known his name, but ran out to catch the Sky Train, which, as everybody knew, was unrelentingly punctual.

That, unfortunately, had been three days earlier and Kishor still had no idea what to “do” about his mysterious visitor. Until, that is, this moment.

“NolJonra,” he said into the alien transmitter. “I need a favor. Can you find out what’s keeping the Sky Train? Will it get here soon?”

“I assume,” the android said, “you mean the “Aurora Express,” due at 1835 hours at the nearest station to your home. Yes, I see it on the Transportation Center’s digital bulletin board. It says: ‘Unexpected delay due to unexplained destruction of maglev towers fifteen through seventeen in Sector Two. Oh dear.”

“Don’t worry,” said NolJonra. “I have your back, according to your curious human expression. I’ve arranged a hover car to take you. It should be arriving now.”

“But who’s going to pay for it?” asked Kishor, as a graceful, yellow egg-shaped pod glided to the ground just a few meters away. “And how did you know Laranya’s address?”

“Please, don’t worry,” said the android. “Manipulating credit data on a world like yours is beyond simple. I did it the same way I learned your Level 2 language. And your comcoder screams all your saved contacts at me, constantly. I’ve even had to set up a blocking mechanism to….”

“Never mind,” said Kishor. “And thanks.”

But as he slipped into the waiting hover car, Kishor’s relief was tempered by worry. What other disruptions had NolJonra’s arrival caused?