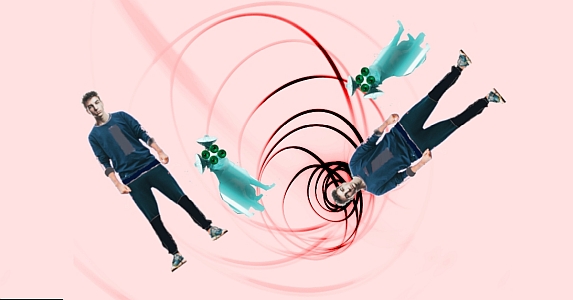 Kishor’s heart sank. Had NolJonra escaped his house and was now running loose in Qeuloz City? It didn’t seem fair that his strange alien encounter had ended so soon. There were thousands of questions he was planning to ask. And who wouldn’t miss having a little android pal who could arrange a hover car for him — or anything else he needed — on the spot? It had been like having a genie in a bottle and now the genie had fled. In his place was a dark gray backpack that Kishor figured his Mom had bought for him while he was out.

“Nol!” he shouted. “Where the flaming quark cookies have you gone?”

Kishor gasped as the backpack appeared to transform into the pint-sized android.

“I thought it best to activate my chameleon circuits,” said NolJonra. “Based on my scans of multiple human news services, it appears your species is quite distrustful. Why do you suppose that is?”

“Probably because we haven’t met any other sentient species so far,” said Koshir. “This colony isn’t too far from the human homeworld. And the edubots at the Learning Center tell me that humans still have trouble getting along with each other. Did you know that most of the people living here came from a single subcontinent of the homeworld? I guess they felt safer that way.’’

“I wouldn’t count on that,” said Nol. “Somebody might have forced your ancestors to live here.”

“That’s what my grandfather says his grandfather told him,” he said. “Hard to believe. But I can’t think about that now. We have to figure out a way to fix the damage your transmat devices caused. Otherwise, I’ll never get to see Laranya — she’ll forget all about me.”

The android’s cameras rotated to the left.

“I wish I could say your love life was my biggest worry,” he said. “But my scans show the damage from my transmat accident was extensive and it’s still growing. If I can’t find a solution, this entire colony could become dysfunctional in two rotations, tops.”

“Can’t you, like, reverse the process?” asked Kishor. “What if you transmatted back to … wherever.”

But as NolJonra pointed out, humans hadn’t developed transmat tech beyond a few theoretical studies, most of which had long been discredited.

“There is one thing we could try,” said NolJonra, “but I don’t think you’ll like it.”

“Come on, tell me,” said Koshir, “before my parents get home. I’ll do anything for my sweet girl.”

“Even risk your life?” asked the android. “OK, here goes. I could activate my temporal displacement engine. It would take me back in time to before I arrived here. Then maybe I could prevent the transmat error that caused so much trouble. But it’s risky. You’d have to come with me.”

“The only way to change the past,” said NolJonra, “is to introduce a new element, something to throw off local probability and ‘rewrite history’ as you humans say. Your presence would create a mini time bubble Without it, I’d never remember what I returned to do.”

“Woah,” said Kishor. “But could I even breathe on your world?”

“The time bubble would contain all the elements of your present environment,” said NolJonra. “But we’d have to act fast. If we don’t succeed in changing my past, you’d be trapped at my coordinates and … well .. you have to be sure this is worth the risk.”

“Can’t be worse than watching the whole colony blow up,” said Kishor. “Can we go now? I have to be back before my parents come home from Community Night.”

The android was quick to point out that, if they succeeded, the effects would be immediate and Kishor would return to life as he knew it before an alien android appeared in his closet. Kishor took a deep breath, nodded and NolJonra set to work. A second side panel opened on his torso, to reveal an odd-looking headset.

“Put that on,” said Nol. “We’ll need to be in constant telepathic communication in case I need your help reaching the control panel.”

“Telepathic? Can my brain handle that?” asked Koshir. “And hey, won’t your … your masters see me?”

“Let’s hope not,” said the android. “No one’s ever tried anything like this before.”

But his anxious rant was cut short as NolJonra activated his temporal displacement field, everything went strawberry red and the teenage recipient of his first Close Encounter was spinning rapidly toward an uncertain future — in the past.