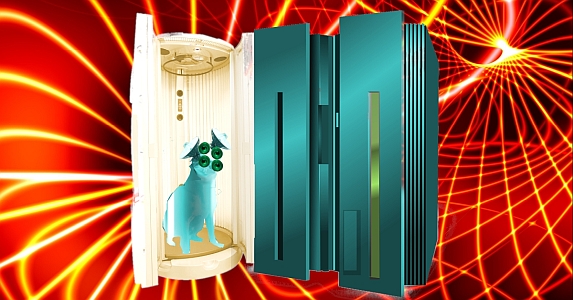 Previously, the farthest Kishor had traveled was last year’s class trip to an orbital weather station. So when NolJonra switched off his time displacement engine at the end of their journey into the android’s past. Kishor was In for quite a jolt.

For starters, NolJonra’s creators were a species that Kishor had never heard of before. Worse, at this point in his young life, he’d never even met a member of the Ynold, the sentient ruminants whose generosity had gone a long way toward helping humans colonize space. But the Ynold, tall slender, graceful and strangely placid were nothing like the squat, lizardy beings he saw scurrying around on Nol’s world.

“What if they see us?” he whispered.

“Put your mind at ease,” said NolJonra. “For the moment, we exist outside of time. Until, that is, we interact with anything we find here. So please, don’t touch anything, unless I ask you to, and do exactly as I say at all times. We have one shot at this.”

Kishor gulped. The diminutive android had already told him that the surrounding atmosphere wasn’t suitable for humans. If he made one false move, the time bubble he was in would dissipate and he’d likely choke to death on the spot.

NolJonra nodded and led him, legs trembling, to a glittering raised platform about a meter to their left.

“This,” said the android, “is the transmat pod I stood on just a few hours before I turned up in your closet.”

“Wow,” said Kishor. “I’ve never seen a device like this. But it looks like it’s in great shape. What went wrong?”

The dull green android pointed to a bright blue cylinder of polished metal that rested precariously on the edge of a computer tower, about a hundred-fifty centimeters behind them.

“So it is,” said NolJonra. “But I see now, the cause of the critical error. That, my boy, is a can of what you would call ‘soda.’ Within a few blinks of the time I stepped onto the transmat pod, a careless technician will grab for that can, miss, and send it sprawling into the transmat device. That’s what threw everything off.”

Kishor reached out toward the cylinder.

“No!” said the android. “Not yet. The moment you touch it, you’ll break our time bubble and you’ll be stuck here. Besides, you’ll also cause a temporal paradox. There will be two of me in the same time zone: my past ‘me,’ and my present ‘me.’ Look, here I come. Wait until I give the signal. You’ll see a short, blue lizard reach for the can at the last moment. Push him away on my mark, not before.”

Kishor’s heart raced. The existence of his homeworld, everything and everyone he love, depended on his reaction times. How he wished he’d paid more attention in gym class at the Learning Center. Maybe he would have felt less like a total spaz.

But now the time for doubts was past. Kishor watched, bewildered, as a second NolJonra trotted across the floor and hopped on to the transmat pod.

One of the older lizards, who was wearing what looked like a silky yellow military uniform, approached the device.

“Remember,” she said, “your mission is to gather data on that inferior insectoid species in the Tralthantin quadrant. The information you retrieve will be vital to our plans for their conquest and annexation to our glorious empire!”

Out of the corner of his eye, Kishor saw a short technician in canvas overalls reach for the bright blue cylinder.

“Now, Kishor,” whispered the version of NolJonra in the time bubble.

But to the android’s astonishment, the human teenager stepped out of the way and let History repeat itself. The technician reached for the cylinder, missed, and sent it rolling into the transmat device, just as the transmat process began. Sparks flew, alarm bells sounded and the version of NolJonra on the transmat pod disappeared.

Immediately, the time bubble that had protected Kishor melted away. His lungs filled with the toxic atmosphere of the alien world he’d just arrived at. Within seconds, he collapsed to the floor.

Kishor clutched at his throat.

“Couldn’t … let the … Commander … attack those… those insectoids,” he said.

But it was too late for explanations. The next second, the future Nol was surrounded by uniformed security, who stared down at Kishor with contempt.

“Get this vermin to the MedCenter, Stat!” the Commander shouted. “Maybe we can use him in the mining camps. That’s all he’s good for, the scum!”

His cameras drooping, NolJonra watched as his teenage human friend was carted off with a set of gravity modulators. The Commander, however, wasn’t finished snarling at him yet.

“You, you traitorous whelp,” she said, “you better have a very good reason I shouldn't sell you for scrap!”