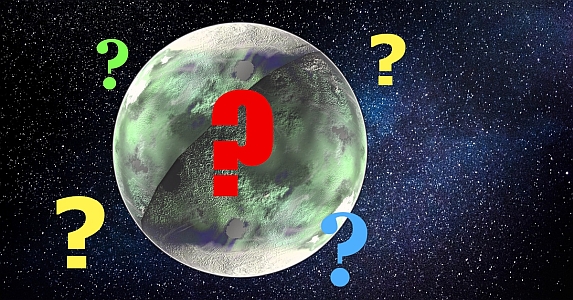 Kishor awoke in what looked like a hospital bed. Actually, it was two beds pushed together. As it turned out, his insectoid hosts were about ten percent smaller than the average human. At the moment, the groggy teenager was too scared to give that much thought. Besides, as a heavily-guarded prisoner, his size advantage hardly gave him the edge. Come to think of it, he realized, it might have been better to be smaller.

Maybe I could hide, he thought.

But when it was all said and done, Kishor was too weak to get out of bed — let alone make a run for it. Worse, the pressure suit that his captors had crammed him into, was tight in all the wrong places. So while he was grateful to be breathing easily again, he could barely move.

All the same, he managed to prop himself up on his left elbow for a look around. On the wall opposite his bed was a large view screen. For the moment, it displayed a flag, decorated with alternating stripes of burnt umber, lavender and chartreuse. At the bottom of the screen was a message in an alien script. To Kishor’s left and right were a series of blinking medical monitors and several other devices he couldn’t identify.

A squawking musical fanfare burst out of the view screen. The flag was replaced by the snarling face of the soldier whose imperious orders to NolJonra still rang in Kishor’s ears

“Finally awake, are we?” asked the Commander. “I am GolTrenka and I expect your complete obedience at all times. Do you understand?”

“Keep quiet, Vermin!” said GolTrenka. “I have no time for sentimentality. Besides, it’s misplaced. I didn’t spare your life out of the kindness of my heart. You’ll be put to work — as soon as my incompetent engineers can rig up a pressure suit you can maneuver in.”

To Kishor’s nervous question, the fierce commander replied with a vivid description of the radioactive mineshaft where he’d end his days.

“You’ll have a rad suit, of course,” said GolTrenka, “we’re not barbarians. But gamma radiation is so very difficult to contain. Too bad, your disgusting human flesh is so fragile. Still, I estimate you might live another five cycles, if you follow orders.

Kishor gulped. By then, he’d be just be turning twenty-two. It was time to change the subject.

“What will happen to NolJonra?” he asked.

“Miss our little pet, do we?” she asked. “Well, relax. That snippy droid is too valuable to be scrapped on a whim — even by me. Why he has already gathered enough intel about your fragile colony world to ensure it will fall easily to attack. An empire thrives on intel, my boy!”

Kishor’s eyes shifted to the right.

“I hate to say it,” he said. “’Cause I like Nol. But he obviously missed the most important thing about my homeworld.” “Oh really?” asked Commander GolTrenka. “I doubt that very….”

“It’s the ring of cloaked dark-matter disruptors we have in orbit,” said Kishor.

“What is this drivel?” asked GolTrenka. “Explain yourself! But be careful. If I’m not convinced, I’ll saw your limbs off personally with a drilling tool.”

Kishor’s heart raced as he tried to recall as much as possible about Destiny Planet II his favorite holovid game. On and on he talked, reciting the ‘”technical details” spelled out on the game’s Set Up screens.

“…then the energy-levels spike to fifteen million gigawatts…” he was saying.

“Stop right there!” said the Commander. “My interest is piqued — for now. But I’m still not convinced.” She turned her head to the right. “Lieutenant DelVantel, find NolJonra, and prepare the transmat engine at once.”

Kishor sighed. He’d bought himself some time, but he knew Nol couldn’t find “dark matter disruptors” that didn’t exist. He had to hope his little android friend could keep his deception going. But if not, what then?

Can’t believe my biggest problem yesterday was getting to my date on time, he thought.

Now, if Nol didn’t come through, his homeworld might not survive the summer.