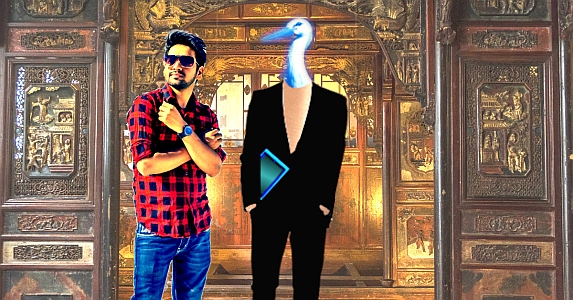 The nine-member Doradahr Council of Science represented the Homeworld’s nine provinces. A species of sentient avian, the Doradahr’s forty-seven affiliate worlds held them in the highest esteem. Yet a shadow hung over their distinguished history. With that weighing on her mind, Gracku Kreloz, the Council Speaker stepped up to her podium.

“Sage Council,” she said. “After one hundred cycles, the Greldaar Question has still not been resolved. I need not remind you what a stain it is on our good name.”

A murmur washed over the other eight beings seated around an ovoid table of dark hardwood, inlaid with geometric patterns made with multicolored porcelain tiles

“Before us,” said Kreloz, “is a novel proposal that would restore our reputation — and restore Greldaar Prime to its rightful place as a Developing World under our guidance.”

A second Council Member shot out of his chair

“This proposal defies every tenet of the Four Principles of Spatiotemporal Sanctity. Principle One….”

“The Councilman will be seated,” said Kreloz. “Every Doradahr knows the Four Principles. However, let me anticipate. Your concern is that the proposal involves a banned technology. In short, Time Travel.”

The others began talking over each other hoping to be the first to denounce that breach of custom. Kreloz held up her hands for silence.

“Would you have our shame perpetuated until the end of History?” she asked. “Do we not have a responsibility to right our wrongs? At this moment, we will merely consider a proposal. The distinguished physicist who will speak deserves your full attention for his dedicated service to the Council. After his presentation, you may voice your opinion.”

Under her steely gaze, even the most rebellious of the Council Members resumed their seats. The Council Speaker nodded to the Doorwatch who opened the Chamber’s double doors. The nine, red-robed dignitaries watched as Joliehan Alicor entered the Chamber, head bowed and wheeling a cylindrical holographic projector.

“Welcome,” said Kreloz. “Because word of your proposal has already sparked controversy, I suggest you stick to the main points. Proceed.”

Alicor bowed deep and wheeled his projector to the appropriate spot on the Chamber floor. Though about fifteen percent shorter than the average Doradahr, he shared the species’ distinguishing features. Aside from a relatively elongated neck, he had pale yellow skin, a pear-shaped torso, broad, flat feet and a slightly conical head, which tapered out before him and ended in a long, thin nose.

“Members of the Council,” he said. “Let me begin by reviewing the scope of our dilemma.”

The diminutive physicist recounted the tragic history of the Doradahr’s first encounter with the Greldaar, a humanoid species. It began when an exploratory mission found Greldaar Prime embroiled in catastrophe. After centuries of reliance on non-renewable energy sources, Greldaar Prime was in the throes of massive climate change. Fires, floods, and hurricanes ravaged every corner of the planet. Seeing this, the Doradahr team made contact and offered help. They introduced the backward planet to new technologies that began to ease the climate disaster.

At first, conditions improved, but a faction of Greldaar rose up who were violently opposed to “alien interference.” The political situation descended into chaos and a new Greldaar First party declared war. The Doradahr tried to end the conflict by arming the opposite faction. But one dark night, angry war-mongers unleashed the planet’s entire arsenal of crude nuclear weapons on itself.

“Better dead than alien!” they shouted repeatedly, as the first explosions tore into every major city on the planet.

“What I propose,” said Alicor, “is simple. Using the known precepts of Time Travel, we can intervene in the Greldaar climate before our exploratory team arrives and prevent the catastrophe they attempted to resolve.”

“But Dr. Alicor,” said Councilman Hautauri, “The Greldaar Question arose because we intervened. And yet you propose a second intervention?”

“Our first contact with the Greldaar were as ourselves,” he said. “Apparently, they were unable to accept other forms of sentient life. So I propose we make a different sort of contact. May I, Madame Speaker?”

“This,” said Alicor, “Is Tim. He is a perfect likeness of a common Greldaar, into which my team of sociologists have implanted a repertoire of custom, languages and other cultural reference points.”

“Hi, Folks” said Tim. “Swell Chamber ya got here. Real nice to meet ya. And real excited to be part of your plan.”