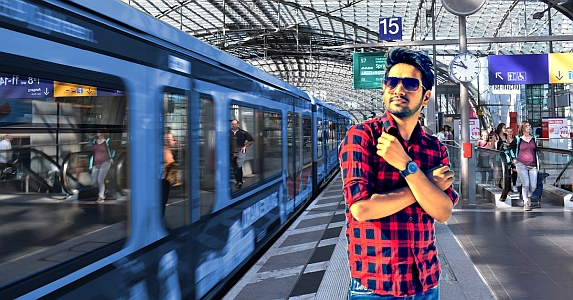 Though Alicor’s plan had its skeptics, it addressed the collective guilt felt by the Doradahr Council of Science with great immediacy. They were ready to try any plan that would wind back the clock, save the Greldaar, and erase their shame. All the same, the first step was to build a working time machine. While the principles of time travel had been known for several decades, building such a device had been ruled too dangerous.

“What if it fell into the hands of sociopaths with no regard for the consequences of their actions?” ran the dominant argument. Yet, even against this knotty ethical question, the incident on Greldaar Prime a century before haunted their dreams, shadowed their literature and art and turned up as the allegorical theme of stage plays and holovids. It was time, the Council concluded, to heal society.

Work began immediately, led by Alicor, whose team ran the project through its initial design stage. From there, a working prototype was devised by the Doradahr Engineering Core within a few months. After numerous tests, Alicor could finally unveil his homeworld’s first time machine, most likely one of the first ever built in the settled universe.

That’s not to say there weren’t a few missteps — like the time the prototype materialized twenty years in the past, inside a locked conference room. Alicor’s team caught the head of Thurin Province plotting sedition with the heads of three other provinces on the Doradahr homeworld. Though the proposed coup never took place, the conspirators were publically unmasked.

“This is not the history we wish to revise,” said the current leader of Thurin Province.

Cooler heads prevailed — and on a fateful day in the midst of the warm season, Alicor stood with Tim, his humanoid android, before the thick titanium doors of his “Temporal Displacement Engine” and made sure his instructions were clear.

“Sure, man,” said Tim, “Like, you explained everything. And, hey, I am an android, so I do kinda retain stuff.”

Alicor sighed. Maybe he’d succeeded too well in mimicking the Greldaar. But there was no time now for second guessing. The temporal window for altering the timeline would not stay open for ever.

‘You raise an important point,” he said. “Remember: Under no circumstances, no matter how you might be tempted, never reveal to anyone among the Greldaar your true origins or … or what you are.”

“Cool,” said Tim. “So I should pretend the whole time. But there’s something I don’t get. I mean, I’m, like, modeled after a male of the species. What if some female Greldaar wants to mate with me?”

“Great heavens,” he said, “what an imagination. Well, from what we know of Greldaar society, no female would ever think to put herself forward in that way. You need only avoid inciting … such an incident.”

Alicor glanced at him warily.

“You do understand,” he said “that getting over-involved with any inhabitant of Greldaar Prime could severely impact our mission. You are there to persuade, instruct and set the humanoids on a new path toward ecological responsibility.”

The android clapped a reassuring hand on Alicor’s shoulder.

“Would you relax, Doc?” he said. “I have the entire project, like, encoded in my central processor, just like you told me. Here, listen. ‘The continued release of C02 from the burning of fossil fuels creates a greenhouse effect, that raises planetary temperature to untenable levels over a period of only a few dozen cycles.’ Pretty good, huh?”

Tim nodded, strode into Alicor’s brand new device and entered a series of commands. Within seconds, it disappeared from Alicor’s trillion-credit facility and reappeared in a discrete area just outside one of Greldaar Prime’s major cities. With a flick of his humanoid fingers over a bright red keyboard, Tim engaged the chameleon circuits that would make his vessel blend in seamlessly with its surroundings: an abandoned warehouse at the edge of town.

Soon enough, he’d used his encyclopedic knowledge of the planet to find the local transit system and, within an hour, he emerged from a primitive train into a large, bustling station. Though it fit the profiles embedded in his memory circuits to a tee, he was still struck by one unexpected feature of his surroundings.

Woah! he thought. This place is packed with absolutely gorgeous humanoid females!