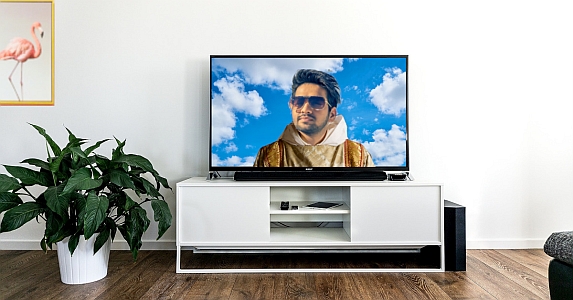 “Folks call me Barbara,” said the woman, and led Tim to her Mission House a few blocks away.

“You’ll find peace here,” she said, “if you open your heart.”

“Thanks,” said Tim. He wisely decided not to tell her that an organic heart wasn’t one of his components.

Barbara pointed to a long oak table in the Mission’s common room, around which sat an assortment of Greldaar of different ages and genders.

“Folks, this is Tim,” said Barbara. “Tim, why don’t you get acquainted by telling everybody about that mission of yours.”

The android was tempted to walk out, until he caught sight of a beautiful female sitting a the far end of the table. His social connection subroutines went into overdrive and, despite the strain on his logic circuits, he sat down next to her.

“Our dependence on fossil fuels will soon raise the Earth’s temperature to dangerous levels,” he said. For the next hour, he laid out the problem and the solution, though he was careful not to suggest that the fossil fuel industries should take the lead in developing sustainable energy alternatives.

“Thanks Tim,” said Barbara. “Does anyone want to share?”

The table was silent. Those who didn’t look away, stared at him blankly. Finally, an elderly female in a saffron-yellow dress stood up.

“Seems to me, Young Man,” she said, “that you’re fixing to start yourself a crusade. Well, I never heard of no crusader without the Lord on his side.”

Tim’s central processor’s nearly froze. If he understood correctly, the only way to complete his mission was to turn it into a religious movement. After pretending to enjoy the hearty lunch Barbara provided — a meal he later disposed of by emptying his removable diaphragmatic pouch into the toilet — Tim retired to the cheerfully appointed room that the Mission had set aside for him.

Kind of do need a new approach, he thought.

With little effort, his advanced-design sensors discovered several local TV channels that featured weekly appeals by well-known religious figures. Within a few hours of watching, his powerful alien consciousness had categorized and analyzed the techniques these “preachers” had used to build their arguments around an appeal to emotion.

The next day, he returned to his time machine and, by subtly manipulating events in the past, re-emerged into the present with a broadcaster’s license, a degree from a prestigious divinity school and an impressive bank account. The latter had been the easiest to acquire, with his ability to bet on every winning team and invest in every highly profitable company with unerring precision.

The upshot was, within a month, “Reverend Tim” was on air from coast to coast on Greldaar’s dominant continent, with plans to enter the global media market already in the works. Though he’d arrived a few decades before the development of anything like the Internet, it hardly mattered. From the outset, his “Crusade to Save God’s Planet” had tremendous appeal. So powerful was his message that local grassroots organizers took up his cause. In the space of one year, every major political leader on the planet was feeling the heat.

One by one, they agreed: They would convene to hear Reverend Tim’s plan to prevent deadly climate change. There was just one problem. In the android’s energetic push to create a media empire, he’d neglected to take Greldaar culture into account. Worse, he forgot to factor-in the yawning gap separating Doradahr and Greldaar science. So it should surprise no one that his proposals met first with consternation then with anger. Within the first hour of his long-awaited presentation, a senior political leader stood up, choking with rage.

“The man’s a fraud,” he said. “He has bilked millions of Greldaar out of their hard-earned money, received grants from major corporations, financial institutions and even world governments, for the sake of this … this nonsense!”

A leading mathematician chimed in.

“With what?” she said. “A branch of mathematics you made up by throwing noodles at a wall? What the blazes are those symbols you’re using?”

The conference descended into chaos and Tim was forced to flee the premises. He made a bee-line for his time machine and rocketed himself out of Time, in the hope of gaining useful perspective.

This time, he decided, he’d have to make a careful study of Greldaar society. But before he could begin, his intertemporal comlink delivered an insistent chime. It was Alicor calling.

“Tim, what the melting muons is happening?” asked the beleaguered physicist. “Three of our fringe colonies just winked out of existence.”