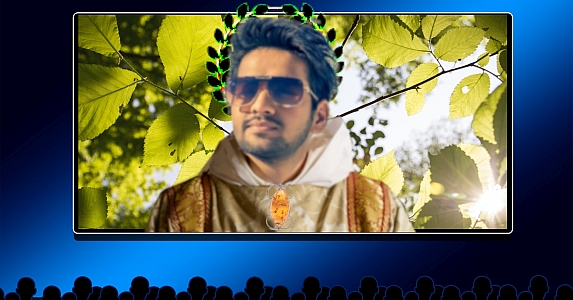 It required Tim to appear in different guises to cement his teaching. Thanks to the upgraded chameleon circuits installed by Jilitra Krythantrex, he could vanish inside his hidden time machine and reappear as Numeros the god of mathematics, Alchemor, the god of chemistry and a cast of other “deities,” each of which was subservient to Negute, his original manifestation. He started with the simplest concepts. But by the time the next generation of children were educated, his task became easier.

Fortunately, as an indefatigable android, he was able to repeat this same performance many times over across the planet, on each of the six inhabited continents. He also ensured that no group got ahead of the others. As he’d already learned, the most destructive historical force had been the unequal distribution of knowledge, which had left millions at the mercy of few more technologically advanced Greldaar. This time it would be different.

So as not to overwhelm the humanoids or stifle their independence, Tim made a point of leaving them on their own for five years at a time. On his return, he’d find that some groups had slipped into superstition and violence. His retribution was swift and terrifying. Once he’d restored order, he introduced new concepts that would help local leaders avoid the pitfalls that had led their regions into disarray.

Down through the centuries, Tim persisted, keeping careful watch on his fuel cells and central processors. Occasionally, he rushed back to Jilitra’s time for a tune up. Only now, he could repay her with the gifts of food and luxury items the Greldaar had given him. On one visit, a thousand years in, the Quitheron’s eyes opened wide at the state of his circuitry.

“Goodness, my darling,” she said. “Your chameleon circuits are nearly singed through, And look at those language subroutines. I’ll replace both, but you must promise to return more often, or I can’t guarantee I can restore you to full functionality. It’s a big task you’ve taken on. Are you sure its worth it?”

Tim was undeterred. One of the few things Alicor had done right was to give him an unerring sense of purpose. And, after eight millennia more, the Greldaar were a model people. Their planet, a shining example of ecological balance, was the envy of the galaxy and beyond. Unfortunately, “envy” became the operative word. Visitors from other worlds began to buy up property on the planet and demand a voice in its government. Worse, the non-violent culture Tim had built made the humanoids vulnerable to attack by warlike beings from other worlds, who were eager to exploit the planet’s abundant oil, gas, coal and mineral wealth.

Within a generation after entering the modern era, Greldaar was a client state of a vast, interplanetary empire that cared not a fig for any of the values Tim had instilled in “his” people.

“What now?” he wondered. At the rate the planet’s new owners were going, Greldaar would soon reach the level of climate disaster he’d sought to avoid. If there was a solution, it certainly didn’t reside in that time frame. He knew well how little the Tellurians would be impressed by “Negote.” Dispirited, he reentered his time machine.

A nanosecond later, he was back in the nebulous region outside of Time that he’d visited after his first failure to save the Greldaar. It was a perplexing situation. Though he’d achieved much, it would be impossible to start over again and work the same process on every inhabited planet even in one galaxy. Nor was there a realistic amalgam of peaceful principles and military preparedness that would protect the humanoids.

Then, in a flash of insight, he came up with a desperate defensive strategy. He worked feverishly with the Temporal Displacement Engine’s AI to devise a series of high tech engineering plans, a crash course in aeronautics and an easy-to-use star map to navigate by. Then he returned to Greldaar at a time two generations earlier than when he’d left, before the Tellurians or other interlopers had muscled in on the Greldaar.

Once he arrived, he used the advanced telecommunications systems he’d help them devise to call a planet-wide conference, at which he appeared in full god-like splendor.

“My children,” he said, “the time has come to prepare for a bold, new venture.”