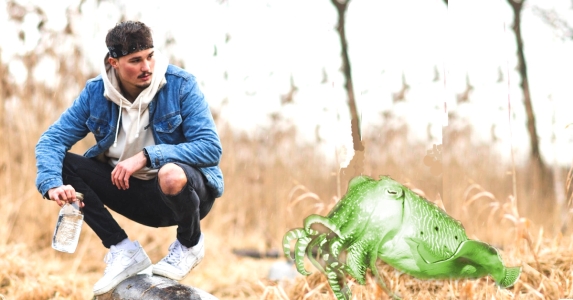 Though barely conscious, Beliaz could still perceive a voice in his mind, unlike any he’d heard in his long life. Worse, it was devoid of any attribute that might betray its origin.

Nor did the arrival of a second voice enlighten him.

“An entire classification of sentient life bound up in Time?” said Voice Two.

“I thought you’d find this fascinating,” said Voice One.

“But how has this phenomenon gone unnoticed?” asked Voice Two. “It couldn’t have arisen instantaneously.”

“Millions of chindra,” said Zinth. “And a few more to develop this crude form of temporal displacement.”

“Temporal?” asked Orla. “Why, this rift in the Continuum could only result from a minor reordering of local causation.”

“To them, Time is causation,” said Zinth. “Considering their limitations, the process is ingenious. Yet it serves only to make them miserable.”

“Aspiration that outstrips understanding?” asked Orla. “How is this possible?”

“Most likely a consequence of corporality,” said Zinth. “Nasty business that.”

“But look,” said Orla, “this creature is on the brink of dissolution. Should we intervene?”

“Inter … intervene?” asked Zinth. “We might as well accrete matter to ourselves and take up residence on a planetary surface! The most we could do is redirect the energy pouring out of the rift. That should realign this being with its proper causational context.”

“And how is that not an intervention?” asked Orla.

“Here.” said Zinth. “See what happens when I use a neglix of energy to refresh my third-tier wave patterns. They’re a little ragged, so why not?”

“Works like a charm,” said Zinth. “But it’s just my daily routine.”

“Wisdom flows from you like electromagnetic energy from a spinning planet,” said Orla.

“Spiraling event horizons, Dear One,” said Zinth. “Watch your language. But thanks.”

Little by little, the two incorporeals reintegrated Beliaz into the physical world. But where exactly? When his eyes opened, all he could tell was that he was outside, lying prone on a flat, stony surface. Was it his imagination, or did he hear a motor grinding in the distance? A new, high-pitched voice entered his ears.

Beliaz groaned as he pulled himself up. He felt as if every muscle in his body had been stomped on by a herd of hoofed beasts. As his head pivoted toward the sound, his visual cortex registered forward motion.

Though the situation was still unclear, he decided to take action. By contracting his eight tentacles and pushing off, he sprang up and out toward a grassy embankment to his right. The speeding ground car missed him by a hair.

“Mister,” said the high-pitched voice. “Are you OK?”

Beliaz, his face jammed into the soil of an unknown world, made a quick assessment.

“How did you …” said the voice, “I mean, you just appeared in the middle of the road. No ship or nothing. And you’re not … you’re from somewhere else.”

Beliaz pulled himself up again and sat very still. The high-pitched voice, he now saw, belonged to a young humanoid teenager.

“Earth, of course,” said the teenager. “My name’s Agatha. Who are you? Sorry for asking, but we don’t get many aliens around here. Not anymore.”

“Why is that?” asked Beliaz.

“My dad says it’s ‘cause the Galuri messed up history,” said Agatha, “but I don’t buy that. What do you think, Mister?”

“I think,” said Beliaz, “that I need to speak with your dad. Can you arrange that?”

The girl ran off to Beliaz’ right, where a humanoid adult male was lounging on the grass. Apparently, Beliaz had barged in on a sedate family picnic. The adult lumbered over to him.

“Well looky here,” said Agatha’s father. “How the steaming neutrino pie did you get here? Spaceport’s been shut down for sixty cycles.”

“Would you believe,” said Beliaz, “that I fell through Time?”

“Mister,” he said, “I don’t know where you’re from. But around here, decent folk don’t run around saying “Time,” like it was nothing. Especially in front of children. Now, you apologize to my daughter and I just might drive you over to the Ambassador’s house. He’d know how to help you. But just so you know, he don’t take kindly to blasphemy either.”

“That’s better,” said the humanoid. “I’m Ted, by the way. Now as long as you don’t tell me your name is Beliaz Grymithol, we’re all square.”

The weary cephalopod felt as if he would collapse into despair, until he heard Ted chuckle.

“Oh, now, look at the face on you,” he said. “Everybody knows old Beliaz is just a myth. Come on Mister. What’s your name?”

Beliaz, mind on fire, grasped at the nearest straws.