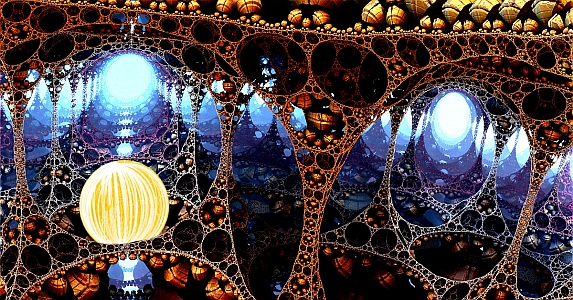 The member worlds of the Sky Alliance had traditionally made scientific research in all fields a core priority. Due to the enormous expansion of space technology over the previous two thousand years, a sizable percentage of that work was carried out off-world. State-sponsored astronomical and astrophysical teams explored and categorized innumerable exotic phenomena. Other specialists tested new means of space-based engineering, or wrestled planetary ecosystems to advance the science of terraforming.

Whether off-world or planet-bound, a typical government-funded project was assumed to yield data of practical value, even if years later. The study of genetics, for instance, had produced a population of enhanced humans, whose lightning reflexes made them unstoppable in battle. Similarly esoteric work in quantum computing had finally realized the dream of fully independent artificial intelligence. The list was long and the benefits of well-funded R&D were incalculable.

Yet the painstaking work by a small cadre of Sky Alliance archaeologists fell into the category of “pure research.” It was enough, the Alliance believed, if their work contributed to a broader understanding of sentient life in the universe.

All the same, the goings-on at Planet 13.8.67, code-named “Cerberus,” for its snarling wind storms, were far from typical. Operatives from a dozen different human colonies were engaged in an unusual interdisciplinary mission. It had started as a standard archaeological dig, into the ruins of an alien city that had once spanned over eight hundred square kilometers. That is, until Chief Archaeologist Allida Voba uncovered a pulsing energy source unlike anything the Sky Alliance had seen before.

“I checked with TechCentral, of course,” she reported, “but also with the Pelax, the Trillendrin and the Kaloori. This … whatever it is … doesn’t match any of their specs. They won’t even commit to a theory about it.”

If anything could rouse bored government bureaucrats, this was it. Though designated “critical,” by CentralAdmin, the project was delayed for almost a year as officials scrambled to garner a slice of the research funds for their constituents.

In a way, that worked in the mission’s favor. By the time an external team of experts touched down on Cerberus, Dr. Voba’s crew had excavated a huge swath of the ancient city, with the help of robotic tools and low-density transmat devices. What was left was considerably more than the skeleton of the city. In some areas, the newly-arrived team could see surprisingly well-preserved neighborhoods spread out before them. It was all that Dr. Voba could do to convince the others not to treat her fragile dig like a theme park.

“We’re lucky this much has survived,” she told them. “Anything we discover here may shed light on the energy source.”

“How do you figure a building is gonna help with that?” asked Lieutenant Colonel Dolan Shelby.

Voba took a deep breath and explained that the best way to understand an unfamiliar object was to discover the worldview of the minds that created it.

“Rubbish,” said the military man. “Once my guys run a deep scan on that thing, we’ll give you everything you’ve ever wanted to know about it. Probably more.”

Though shocked, Voba was spared refuting that blunt outlook by Reshma Laghari, the mission’s Chief Physicist.

“No scanning!” she said. “Not until we’ve measured its emissions. Otherwise any tool you use could alter the object’s energy signature, or render it inoperative.”

“You saying that thing has a function?” asked the Lt. Colonel. “I mean, besides providing unlimited energy. Hell, it’s still glowing after how long?”

“We’ve yet to determine that,” said Voba. “In the meantime, maybe your servicebots could speed up the first level excavation?

“Right,” said the Colonel. “Like I’m gonna give an Epsilon-class android a shovel and tell it to dig. You wanna guess how much one of those fancy buggers costs?”

Conversations like that were only part of the reason the mission to examine the mysterious object continued to stall. Three weeks later, Dr. Voba’s field team started hallucinating. One of these was Hal Stanton, a man in his early thirties from Hershel 3.

“Like a waking dream,” he said. “One minute I’m working on the dig and the next I’m in a ... like a harem or something. Came out of it totally nude, with everybody screaming at me. Kinda embarrassing.”

But no one who’d seen Kelly Drexel jump off a high scaffold, in the mistaken belief that she was diving into a swimming pool, believed that Hal had suffered too greatly. The mysterious object was put off limits immediately.

“We’ll have to invent a screening device,” said Reshma.

“The answer, obviously, is androids,” said Lt. Colonel Shelby. “Never heard of an AI having nightmares.”

The matter was referred back to CentralAdmin and a decision was handed down. Shelby would send his top-of-the-line model, code named “Sapiento,” to make an in-depth study of the object, guided by the team. There was, however, an unexpected twist. The android refused to comply — and with good reason.

“The object,” said Sapiento, “does not exist in this universe.”