Episode 3: Selethans in the Closet 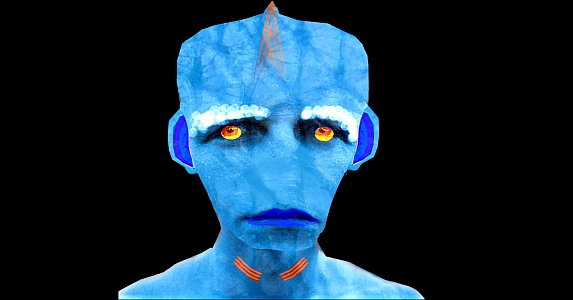 Just as perplexing as Hal Stanton’s clones was deciding how to care for them. Allida Voba’s mission charter covered only a set number of housing units. The more recent arrivals from the military and the larger scientific community had bunked up in their landers.

As a result, Allida had to contend with twelve disoriented humanoids, crammed into three tiny conference rooms. While replicating a pair of outfits for each was no strain on her budget, feeding her uninvited guests had led to food rationing — for they were voracious eaters. She decided to consult the mission’s chief medical officer.

“By every measure,” said Arthur Leung, “the clones are growing.”

“Growing? Into what?” asked Allida.

“Then we better talk to them,” said Allida. “Maybe they’re not passive players in this mess. But first, how’s Hal himself doing?”

“Like you’d expect,” said Arthur. “The good news is, the sphere took Hal’s arm clean off. No infection, no scarring. Tomorrow, he gets a prosthetic arm with full functionality. That might help him cope.”

Yet when they entered Allida’s office dome to make the necessary arrangements, they found Shelby sitting at her desk, engaged in a heated discussion with one of the clones.

“Colonel,” said Allida. “What the exploding neutron star are you….”

“Can it, Doctor,” said Shelby. “I’m getting to the bottom of this nightmare with Ertonul here.”

“I am Ertonul,” said the clone. “Understand that we are still in the process of differentiating. We won’t resemble your staff member much longer.”

“Hal is my friend,” said Allida, “and a brilliant archaeologist in the making. At least he was.

“Yes,” said Ertonul. “This is regrettable. I believe the sphere has malfunctioned.”

“Yeah, yeah,” said Shelby, “let’s cut to the chase. Ertonul and his buddies are the first wave of an invasion force. Unless we stop them, more of these aliens are gonna pop out of the enclosure any time now.”

“Not an invasion,” he said. “As I told you. The purpose of the sphere is to repopulate our world.”

“Your world?” asked Shelby. “Listen up pal, we have a charter from the Sky Alliance….”

“This is our homeworld,” said Ertonul. “We were likely wiped out by a flesh-eating pathogen. That’s what happened the last time.” “You’ve been annihilated by a pandemic before?” asked Arthur.

“It appears we are especially vulnerable,” said Ertonul. “I assume that one of us activated the sphere before the end and it has taken this long for a sentient being to find it.”

“Are we supposed to believe that comet gas?” asked Shelby.

“Colonel, get out of my chair,” she said. “You’ve exceeded your authority. The sphere is an artifact of this dig. That gives me complete authority over it and any of its effects.”

“Not when those ‘effects’ threaten the security of the Sky Alliance,” said Shelby.

“You have direct evidence of that?” asked Allida. “Far as I know, paranoia is grounds for a psyche evaluation, not military action.”

Shelby leaped out of Allida’s chair.

“And there it is,” said Allida. “You threatened me. Doctor Leung is my witness. Clear out now, and I might not refer this to General Mompati.”

Shelby’s jaw clenched and he stalked off.

Allida stared after him, but when she glanced back at her guest she was more alarmed to see that Ertonul had developed a distinct cranial ridge.

“Scum we are not,” he said. “But we are Selethan, a different species.”

“Obviously,” said Arthur. “But now, how does this work? Will the sphere produce enough clones to populate the planet? That would add up to several billions.”

“Not billions,” he said. “A few thousand, to ensure genetic diversity. We would do the rest of the … repopulating … ourselves, over time. But there is a problem.”

Though the sphere could create a male Selethan, it now needed to clone a human female.

“That doesn’t add up,” said Arthur. “If it can spin a complete lifeform out of an arm, the chromosomal adjustments to produce a female should be a snap.”

“You’re giving the technology too much credit,” said Ertonul. “It’s not, as you assume, a genetics lab. It’s more like a — what is the phrase I saw in Hal’s mind? — a 3-D printer.”

“But without genomics,” said Arthur, “how are you … differentiating?”

Ertonul explained that the sphere was programmed to inject an RNA-like template at the last moment, which initiated a cascade of transformations. But because the sphere had no way to analyze the host, the template was gender neutral.

“Otherwise,” said Ertonul, “the complexity of reworking the host’s endocrine system on top of the other changes would decrease the viability rate.”

“So you can’t repopulate unless we throw a female into your sphere?” asked Allida. “I won’t allow it.”

“I understand,” said the alien. “As a sentient, I share your concern for the rights of others. The ethical strain in the human mind might be one reason the sphere responded to you. But this time, we could guide the female you chose, so she would not suffer as Hal did. Still, it is curious that the sphere didn’t already make contact with one of your … women is your word, no?”

“Allida,” he said, “what about Kelly Drexel? The techie who dove off the scaffolding?”

“You think the sphere chose her?” asked Allida.

“All I know is,” said Arthur, “I’ve had her under twenty-four-hour surveillance ever since. All she can talk about — or scream about — is getting back to the site.”

“She may have been selected,” said Ertonul. “And it appears she is willing to contribute.”

Allida stared at him a moment.

“Listen carefully,” she said. “I know how desperate you are. But I won’t let Kelly do anything unless I’m sure she understands the risk involved. Based on what I’m hearing, I doubt she can.”

Shouting, outside Allida’s dome, made the three of them rush to the nearest window. They saw a wide-eyed Kelly Drexel surrounded by the other Hal clones, each of whom had differentiated into a distinct Selethan male.

“Ertonul,” they shouted. “We found her!”