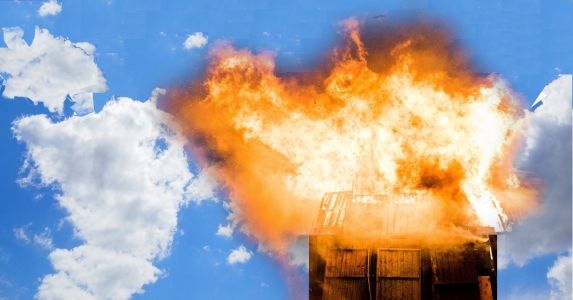 It took some doing, but between Allida, Arthur and surprisingly, Ertonul, the eleven newly arrived Selethans were finally persuaded to return to their quarters. Arthur then sent for a team of orderlies to take Kelly back to her hospital bed. The scene made Allida wince.

“I must fulfill my destiny!” Kelly kept shrieking.

“That sphere gives your species a bad reputation,” she said. “You obviously don’t value free will or sentient rights.”

“As I told you,” he said. “I believe the sphere has malfunctioned.”

“That’s what you believe,” said Allida. “But I’ll bet you didn’t design that device, so how can you be sure? In fact, how you can claim to know anything, considering you were just cooked up out of raw genetic material a few hours ago.”

Whether Ertonul’s face twisted with anger or was still in the process of transformation, a steely glare flashed across his eyes. He explained that the RNA template provided by the sphere included a memory cache containing an encapsulated history of the Selethans.

“Once we reboot the city you have excavated,” he said, “We can access our historical and scientific records. The latter should be of great interest to you.”

“Be that as it may,” said Allida, “You’re confined to quarters until I decide what to do with you.”

“I promise you….” said Ertonul.

“I have three hundred staff members to take into account,” said Allida. “Plus Colonel Shelby’s troops and Dr. Laghari’s team. They have their own destinies to fulfill, which include staying alive. You’ll have to stay put for now.”

“I understand your caution,” said the Selethan. “But be advised that the process, once started, cannot be reversed. More of us will emerge from your enclosure any time now.”

“That’s another thing,” said Allida. “You’ve intruded into this world without warning. And now you claim you have no control over your own technology.”

“Please don’t speak of ‘intrusion,’” he said. “This is our homeworld….”

“So you claim,” said Allida.

“… and as I told you,” said Ertonul. “We will soon be in full command of the sphere.”

Allida’s hands balled up into fists and jammed themselves into her waist on either side of her torso.

“If I allow it,” she said. “Now go. Don’t make me call out Shelby’s militia to escort you.”

“You will soon see,” said Ertonul, “that the destiny of the Selethans is not to be trifled with.” Allida watched as the former clone strutted off in the direction of his quarters.

“Yes,” said Allida. “I doubt that any of that was bluster — and we’re at a technological disadvantage. If we don’t get a handle on this soon … but that’s the problem. I don’t know what we’re dealing with.”

Arthur sat down in one of Allida’s overstuffed side chairs.

“Maybe your original idea of getting the Pelax involved was right on the money,” he said. “If they can actually see into parallel universes, they might give us a clue about the origins of the Selethan sphere.”

“Maybe,” said Arthur. “But considering this whole mess started with hallucinations, who knows it any of the last forty-eight hours has been real.”

Allida jumped at the sound of her comlink, and jumped again at the voice on the other end.

“Voba, Shelby here,” said the voice. “I know you think I’m crazy, but I went ahead with one of your suggestions. I’ve got Klenkladoon from the Pelax ministry on the line. He says he can send a team down here in eighteen hours if you agree.”

“Not crazy, Colonel,” said Allida. “Just obnoxious. Tell them to get here, pronto.”

“About what?” asked Allida. “That the universe contains an unlimited supply of arrogant fools? Let’s hope Klenkladoon isn’t just one more.”

“You’re welcome. I’ll give him the go ahead,” said the Colonel. “Shelby out.”

Allida shrugged and was rounding the corner of her desk when her comlink chirped again.

“Doctor Voba,” said a frantic voice. “It’s the enclosure. It’s shaking — like it’s about to….”

A boom like a massive clap of thunder drowned her comlink out. The ground shook, and nearly sent the two of the- sprawling. Allida raced out of her dome and began choking as a plume of dark black smoke blew past her toward the horizon. Arthur limped after her. In the near distance, a squadron of armed soldiers wearing gas masks raced to the site of the enclosure.

“Looks like Destiny took a turn for the worse,” said Allida. “Let’s triple the guard on Kelly.”

“Dunno,” said Arthur. “How long before the sphere fixates on somebody else? We can’t put every woman on Cerberus in lockdown. And that, I’m afraid, includes you.”