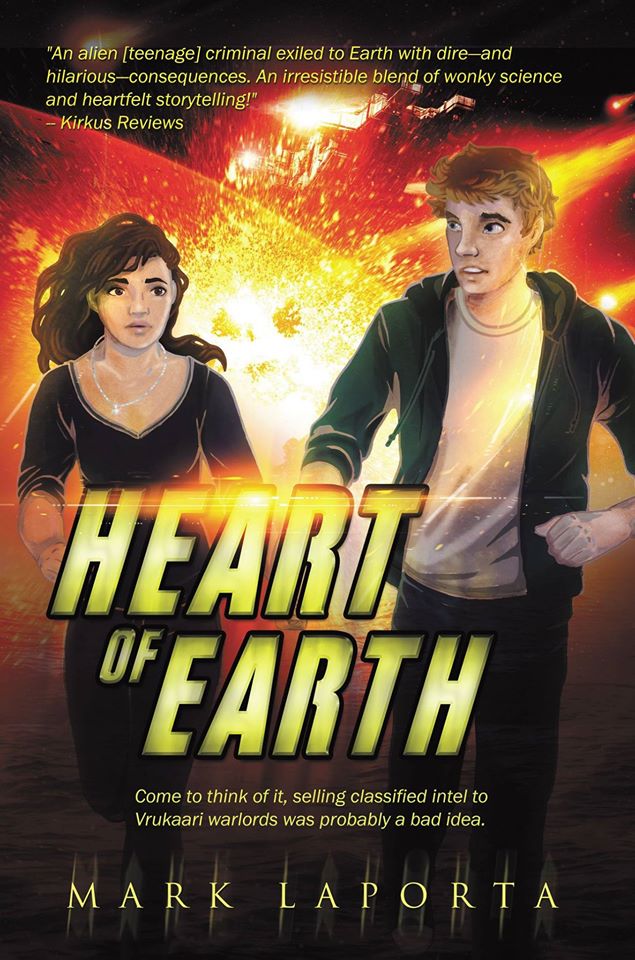 Come to think of it, selling classified intel
to Vrukaari warlords was probably a bad idea.

Seventeen-year-old Ixdahan Daherek has way too much time to second guess himself. Exiled to Earth for crimes against the Homeworld, he has a lot to get used to at first—including his first friendship with a human high-school girl, Lena Gabrilowicz (not to mention the whole concept of feet). But soon he's got bigger problems: The Vrukaari are mounting a brutal invasion of Earth.

From the moment the first mutant mailbox appears, Ixdahan is in a race against time. With the help of Lena and his other human friends, he hatches a plot requiring ingenuity, tight telepathic control and the captain of the girls' varsity swim team.

But at five minutes to Doomsday, the race is too close to call. Will Ixdahan's counterattack be stopped by a tentacled police force, a teenage zombie or an aural hallucination with a serious attitude problem? Only one thing is certain: when zero hour arrives, the fate of Earth may depend on a shimmering bowl of lime Jell-o.

[A] fabulous read. An irresistible blend of wonky science and heartfelt storytelling … And, holding it all together is Laporta’s spot-on portrayal of life as a teen.
— Kirkus Reviews

This fun YA sci-fi novel—with well-rounded characters, interesting premise, and lighthearted dialogue—will delight readers of every age … The sci-fi aspects are entertaining and fun, and the character growth will keep the attention of those who don’t typically read the genre. — Foreword Reviews