Episode 2: Menace on the Loose 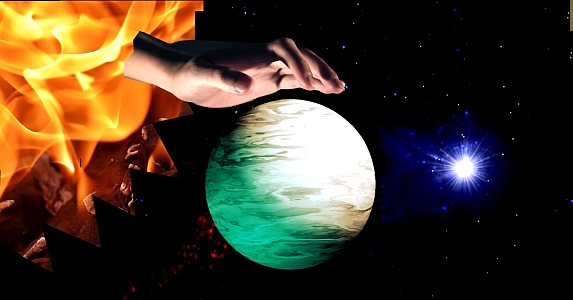 Even more astonishing than the surprise course change initiated by Captain Hayes, were the new nav coordinates themselves.

“The Nautilus system?” asked Helen. “That’s the seat of the Jolhadrian Consortium.”

“You’re too diplomatic, Inspector,” said her assistant. “The word is ‘Empire.’ And I get the feeling it’s not a ‘commercial empire,’ either.”

Inspector Dubrovnik took a deep breath to steady her nerves.

“Whatever … designation .. it deserves,” she said. “I can’t think why its government would risk a diplomatic crisis by diverting a GGB-sponsored mission.”

But as her assistant, Roger, was quick to point out, the GGB didn’t count for much outside of its home galaxy.

“The Nautilus system is a million light years away from the GGB’s jurisdiction.” he said. “The Jolhads are happy to gamble that the GGB would find this ship to expendable to start a war over.”

“And what makes you an expert on interstellar politics?” asked Helen. “You’ve barely been in the Service for two cycles.”

“No disrespect, Inspector,” said Roger. “But my mother is head of WorldGov on Kepler 4. I hear a lot of details that don’t appear on the newsnets when I meet her for dinner.”

Momma’s boy, thought Helen. All the same, she made a mental note to be a little less snippy with him.

“If you’re right,” she said. “that explains nothing. You might be connected to the upper echelons, but I’m certainly not.”

“I’m not saying it makes sense,” said Roger. “But could it be related to the situation on Station 9/T-25?”

Helen nodded. There were enough odd data surrounding that station to point in any direction. Why not the Jolhadrian … Empire? Yet, if there were a connection, the situation must be truly dire. And what, she wondered, was the meaning of the surely faked message that appeared to be from her ex-husband? Come to think of it….

“Any intel on the Jolhads developing a kind of telepathy?” she asked. “Somebody reached into Captain Hayes’ mind. How’s she doing by the way?”

The news was grim. According to the physibots in Sick Bay, she’d gone into a coma — with no evidence of outside influence.

“That’s it,” said the Inspector. “Tell Brett to connect me to the Jolhadrian High Command. I need to know what’s happening, now.”

Roger suppressed the urge to suggest she contact InterstellarOne first. But a moment later, Brett piped up on his own.

“Ambassador Kalatchi of the Jolhadrian Consortium, is on the line, Inspector,” he said. “Should I….”

She took a deep breath and tried to count to ten. She only made it to six before a hissing voice broke through her comlink.

“Inspector General Dubrovnik,” it said. “Ambassador Kalatchi here. I regret that a sudden redirection of your flight was necessitated by the current situation.”

“Situation?” asked Helen. “The situation is the diversion.”

In unruffled tones, the ambassador laid out the events of the last few minutes from her point of view. Apparently, the strange data coming out of Station 9/T-25 was a symptom of a larger phenomenon.

“Similar incidents of psychotic behavior have occurred within our colony worlds as well,” she said. “The crew members’ exposure to radiation was no accident.”

“There may be time, at a later date,” said Kalatchi, “to discuss mutual surveillance operations between our two governments. But we have more urgent business. That’s why we took the controversial step of transmatting a cerebral nano probe into your captain’s mind, in order to expedite your course change.”

“You’ve probably killed Captain Hayes,” said Helen. “And for what? If you have such urgent intel about a psychotic menace, why not contact the head of my government. I’m just a functionary.”

“No offence, Inspector Dubrovnik,” said the ambassador, “but your government is notoriously slow to respond to outside parties, even when the evidence is irrefutable. Now please, let us waste no more time with posturing. I must fill you in on the peril about to be unleashed on every human settlement in your galaxy.”

Helen’s throat went dry and she reached for a beaker of water from her refrigerator. But not before switching her comlink to RECORD mode. For the next half hour, she listened to the alien ambassador’s terrifying analysis of the unfolding crisis.

It involved, in summary, a shape-shifting, multidimensional being with the ability to appear at any physical location and at any point in Time, in any guise it chose. Its ability to dispose of and impersonate anyone in its path was unstoppable. That was how the “Commander” of Station 9/T-25 had managed to lock an entire sector of the crew in a tiny storage area and reroute radioactive matter from the fold engines directly into it, through the local ventilation system.

“Why would any thing want to do this?” asked Helen.

“As hard as it is for an ethical being like you to grasp,” said Katachi, “one universe is not enough for this creature. It won’t stop until it consumes us all — here, in the past, the future and all of our parallel manifestations in other universes. Now do you see why this matter cannot wait?”