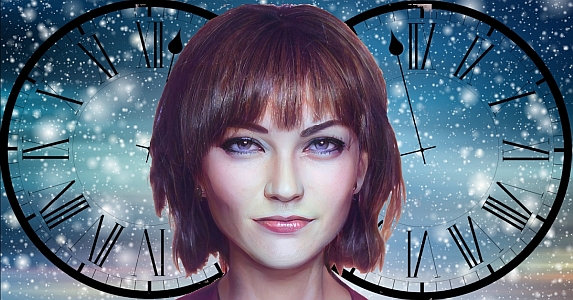 With the Brighter Star parked in a geostationary orbit above Nautilus Prime, Inspector General Helen Dubrovnik of InterstellarOne tried not to fidget as her assistant, Roger, kept her lander on course. Though controlled descent was handled for the most part by the onboard AI, standard protocol called for a human monitor at all times.

At that moment, however, Helen didn’t care about InterstellarOne protocols. She was just glad not to face the Jolhadrian Empire on her own. Was their claim believable? Was the incident on Space Station 9/T-25 the work of a malevolent multidimensional being? Or was that bizarre story a cover for Jolhadi involvement?

The only thing that stopped her from returning home was the thought that the Jolhadi must have nothing like that kind of control over human lives. If they did, why exercise it on a remote station instead of on Concentra itself, the current seat of the GGB?

By now, her lander had touched down in Vaculeron, the Jolhadi capital city. It was time, she realized, to push doubt and fear out of her mind. She needed to listen closely to her hosts’ analysis of the situation and be prepared to convey every detail to the GGB. But she was immediately frustrated. After arriving by auto taxi at the designated government building and sitting down at a large conference table, she heard the following assertion from SubCommander Lentrechi.

“You must share nothing you hear in this room with anyone,” the pale blue SubCommander said.

“Excuse me,” said Helen. “As I told Ambassador Kalatchi, I’m not empowered to make decisions that have nothing to do with my mission.”

Lentrechi’s toothy smile was almost as charming as it was alarming.

“Great minds are ‘empowered’ by opportunity,” he said. “There is a unique role for you here if you have the courage to accept it. If not, we may be forced to destroy your outpost, if only to send a message to the multidimensional being that has infiltrated it.”

Helen’s throat went dry. This was way more responsibility than she’d signed up for. But, she decided, she had nothing to lose by listening to the SubCommander’s proposal. In one sense, the premise of his request was simple. Because the humans hadn’t made any incursions into the Nautilus galaxy, there was reason to believe that the powerful intruder wouldn’t be able to perceive her just yet. In the short term, she might be able to act as a “stealth agent,” and set up a series of devices throughout the galaxy that would block access to their universe.

“We believe the creature enters our universe through spatiotemporal rifts — which it creates by emitting gravity waves from its incalculably massive body,” said Lentrechi. “They are perhaps reminiscent of the ‘shocks’ generated by the so-called ‘electric eel that still swims the oceans of your origin world.”

By setting up a network of disruptors, each of which would transmit a cancelling signal, the Johladi hoped to prevent the creature from entering the universe ever again.

“It’s a long shot,” said the SubCommander. “But it is our best hope. We will assist you every way that we can.”

Helen looked down at her delicate hands.

“You obviously don’t understand how conspicuous my absence is to my superiors,” she said. “I’m already overdue to arrive at Station 9/T-25. Any more delay and my government is sure to investigate. Once they trace my ship’s transponder signal to the Nautilus system, you’ll be in an awkward diplomatic position.”

““Everything you say would be accurate,” said Lentrechi, “but for a detail that I assumed Ambassador Kalatchi had already explained to you. From the moment we commandeered your ship, it, I myself and this entire facility have been shielded from the passage of Time. Our decades-long exploration into the nature of Time have finally borne fruit. You may conduct this entire mission without missing more than a few minutes of your original timeline. Once you have finished, we will release the shield and you will continue as before.”

“Allow me to communicate with my ship’s AI,” she said. “I need … external verification of your claims.”

The Jolhadi SubCommander nodded, motioned to his subordinates seated around the conference table and left the room. Helen glanced at Roger and pulled her comlink out of a small satchel she’d carried out of her lander on her shoulder.

“Brighter Star AI,” she said. “Can you detect any disturbance of the local temporal field?”

“The flow of Time in the immediate vicinity of the Nautilus system appears to have been suspended,” it said. “Powering down now to compensate for a sudden surge in my logic circuits. This should not be possible.”

“Serious enough to leave us stranded if we don’t get this right,” said Helen. “I say we have no choice.”

A strange scraping sound pierced their ears. It was as if the air itself had been ripped in two.

“And I say, the choice is mine,” said a silky, human female voice. “Really. Thinking you could stop me with a simple Time dam. It’s so … it’s so cute!”

Without realizing it, Helen gripped Roger’s hand as the voice gradually acquired a familiar shape. It was now the spitting image of Inspector General Helen Dubrovnik.