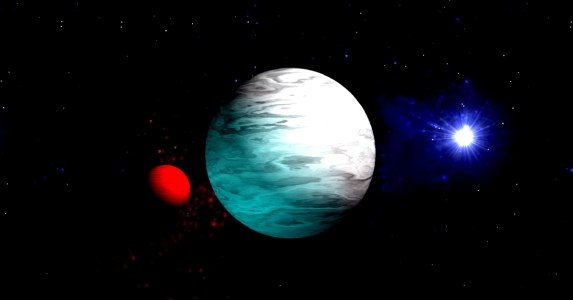 “What?” said Hahlyk. “Don’t you have a family, or some friends?”

“Nothing so grand,” said Ynthasis. “You see, I was late to the party, as it were. When I arrived, all the good slots had been taken.”

“So, if you don’t mind my asking,” said Jelhoryk, “What force of nature areyou?”

“Arrogance,” said Ynthasis. “I know it doesn’t sound like much. And I have to admit, for the first few billion years, there wasn’t much for me to do. But since you humanoids turned up, I can barely keep up with demand.”

“But we couldn’t have been the first sentient organisms,” said Vice Commodore Larlynch. “What about the Toldendrins?”

“What do you want me to say?” he said. “There’s something about the humanoid brain that isn’t wired correctly. I might charitably call it a vestigial survival mechanism from your spotty evolution. But it makes each and every one of you think you’re the most important thing in the universe.”

“That’s not true,” said Tholtrevin. “We do a lot to help each other and other worlds.”

“And why is that?” asked Ynthasis.

“It’s the right thing to do,” said Tholtrevin. “Besides, it’s a good feeling to help out.”

“Ha!” said Ynthasis. “My point exactly. And no sooner do you do some good than you go on the news nets and brag about it. ‘We’ve given more credits to help hungry Enthusilin storm victims that any other world,” was the phrase your own government chirped out just last month.”

Ynthasis appeared to blush, before taking on the appearance of a large, blood-red reptile with sharp royal blue claws.

“I do what I can,” he said. “But your genus gives me so much to work with that I barely need to lift a finger. That’s why I went into Real Estate development. I was getting so bored.”

“There you go,” said Ynthasis. “You think it’s all about you. But you humanoids are hard-wired for arrogance. Your societies would fall apart without a few arrogant fools in every generation to shake you out of your obsessions.”

“Great,” said Larlynch. “I suppose Obsession is a force of Nature, too.”

“Yes,” said Ynthasis, “but that’s handled by somebody else. Very disagreeable. She can never leave well enough alone.”

“Well, who cares?” said Hahlyk. “What about our colony?”

Ynthasis’ face broke out into a toothy smile.

For the humanoids, everything went black. Mere seconds later, from their point of view, the colonists awoke at their stations inside the main dome. The human they knew as Bradwilliamson was nowhere to be found.

Hahlyk’s head had just barely cleared before she heard Commodore Zalynk’s voice over her comlink.

“What just happened” he said. “Why wasn’t I informed in advance that we were boosting the moon to a higher orbit?”

“I keep hearing that,” said the Commodore, “but Craters, it didn’t move by itself.”

“Well Commodore,” said Hahlyk, “We must have encountered an unknown force of Nature.”

“Hmph,” said Zalynk. “Whatever it is, it just ruined my appetite. And I was just sitting down to a nice bowl of Rahluavyk soup. When I get to the bottom of this mystery, heads will roll!”

The comlink went dead, but Hahlyk’s head snapped up at the sound of Ynthasis whispering into her mind.