MIRROR AT THE HEART OF TIME 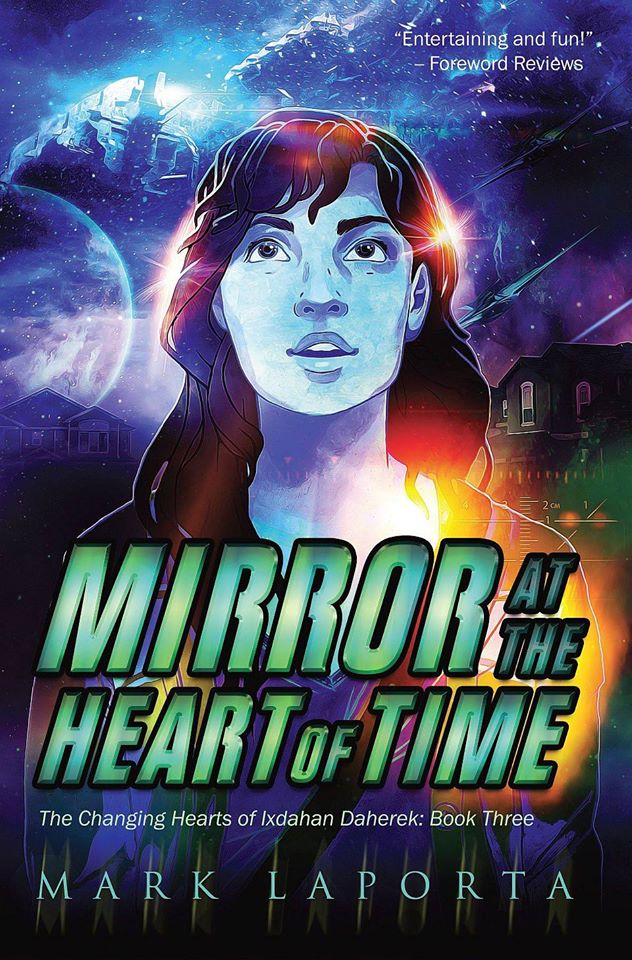 Blind greed tears at the fabric of space-time... and an acclaimed trilogy concludes!

When Ixdahan Daherek, the arrogant son of a Snaldrialooran aristocrat was exiled to Earth, he began a journey that took him to the boundaries of the settled universe and the limits of consciousness. Throughout his struggles, Ixdahan's heart has always relied on Earth girl Lena Gabrilowicz, the only person in eight galaxies who knows what planet he's on.

Now, in the concluding chapter of Ixdahan's saga, a shadowy figure warns of a new and terrifying conflict: battle for control of Time itself.

Will Ixdahan stop the erosion of space-time and win Lena's love? The answer depends on the maniacal schemes of an ancient diet doctor, the amorous yearnings of a vast multiversal mentality ... and the quiet empathy of a thoughtful Treolan rebel.

[A]n expanding space opera, which proves to be a feast of intriguing concepts. Newcomers to the genre and adult fans of classic sci-fi novels, such as David Brin's Startide Rising (1984), will love hearing whales talk and adventuring in a galaxy where humanoids are rare. Once again, Laporta opts for a dire,high-stakes finale, maximizing the emotional thrust of his narrative. An engrossing YA sci-fi sequel, in which ideas share the stage with the cast. — Kirkus Reviews

Just like the first installment, the sci-fi elements are funny, colorful, and an absolute joy to read. Between the new, strange aliens and the action there’s never a dull moment, no matter what species Derek is around and, yet again Derek and his friends are some of the best teenagers I’ve ever read. Laporta knows how to tap into the most universal aspects of being a teenager and bring them to life in the most outlandish situations.— Author Tay Laroi