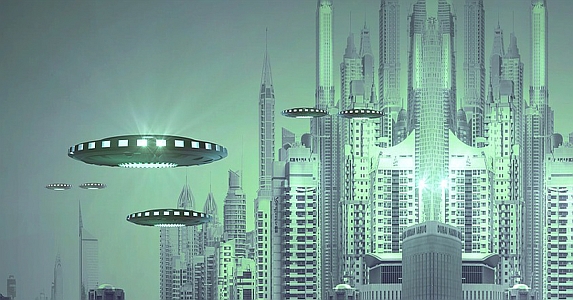 “The snowstorm that whipped up on Fletria Prime that afternoon had been predicted from orbit, twelve hours earlier, and there was no end in sight. Mission Commander Marla Kapstein asked a simple question:

But as the ship’s AI was quick to remind her, their space-folding trajectory dictated a narrow launch window. Unless they departed within a week, they’d be stranded at Vaughan Space Station for months, until the Homeworld was in alignment again.

So the next morning at dawn, the away team from the Terran ship Heaven Stormer began its ascent of Mt. Kleranth. Thankfully, the microgravity modulators built into their gear eliminated the bulk of the muscle strain and the risk. Visibility remained a problem. The frigid winds wreaked havoc with the insulation in their night-vision visors.

Finally, at two hours out, the away team’s android detected a partially occluded opening in the side of the mountain.

“Clear that out, Ben,” said Marla.

“No good hunting for Fletrian tombs if we’re dead,” he grumbled.

Soon they were bathed in the warm light that emanated from the cave opening.

The six-member team gasped as a full-motion video of the cave’s interior played across their visors.

“Let’s get inside before we freeze solid,” said Marla. At her signal, the away team followed B3N/489 into the cave entrance. “Atmosphere?” she asked.

Marla saw her team buckle under the unrelenting cold, which their light-duty encounters suits could mask only so long — though she could hardly have expected them to climb a mountain in suits adapted to the Martian night.

Yet the moment she entered the snowed-in cave, all her concerns melted away. The interior was a marvel of elegant design. The walls were inscribed with geometric patterns, which pulsed with a shifting array of colored light.

“Doc, Waters, you’re with me,” said Marla. “The rest of you run sensor scans and transmit all data to the ship’s AI. If there’s a key to this place I want to own it.”

PFCs Chalmers and Signoretti helped Ensign Ng unpack the necessary scientific gear. Meanwhile, Marla led her contingent up a shallow incline. They hadn’t walked fifteen meters before they arrived at a large, arched threshold made of a shimmery composite material.

The B3N unit pulled a pair of circular devices from a compartment in its torso and applied one to each side of the threshold, then stood stock still.

“A quantum device of unknown purpose,” it said at last.

“What’s that written across the lintel?” asked Sumner.

“Preliminary scans suggest we delay,” said B3N/489, “until we understand the threshold’s function.”

“To what, Lieutenant?” asked the B3N unit. “Available data details a complex array of circuitry embedded in this frame.”

Marla stared at the android.

“Time to complete analysis?” she asked.

“Unacceptable,” said Marla. “If we don’t risk it, we’ve come here for nothing. I can’t return to Admiral Ozawa empty-handed. Move out.”

As they trudged through the threshold, they were startled by a bright blue flash of light. Sumner’s jaw dropped. Spread out before them was a teeming metropolis. Overhead, a stream of air cars swept past.

“Waters,” said Marla, “get the rest of the team on the comlink and tell them to join us.”

“Excuse me, Commander,” said the B3N unit, “but that is impossible.”

“Is the comlink down?” asked Marla.

“No, Commander,” said the android. “It is simply that the other team members are now deceased.”

“Did you freeze your qubits out there?”asked Waters.

“I am stating fact,” said the android. “Unless Ensign Ng improvised a new longevity treatment.”

“It appears, Commander,” said the android, “that the threshold created a targeted spatiotemporal anomaly. Scans indicate it has brought us forward approximately two thousand cycles.”

Before anyone could respond, an aircar of decidedly alien design swooped down from above and hovered over them. A heavily accented voice rang out.

“Stay where you are,” it said. “An arrest warrant has been issued. Comply or you will be terminated.”