Against the Glare of Darkness, Book 1 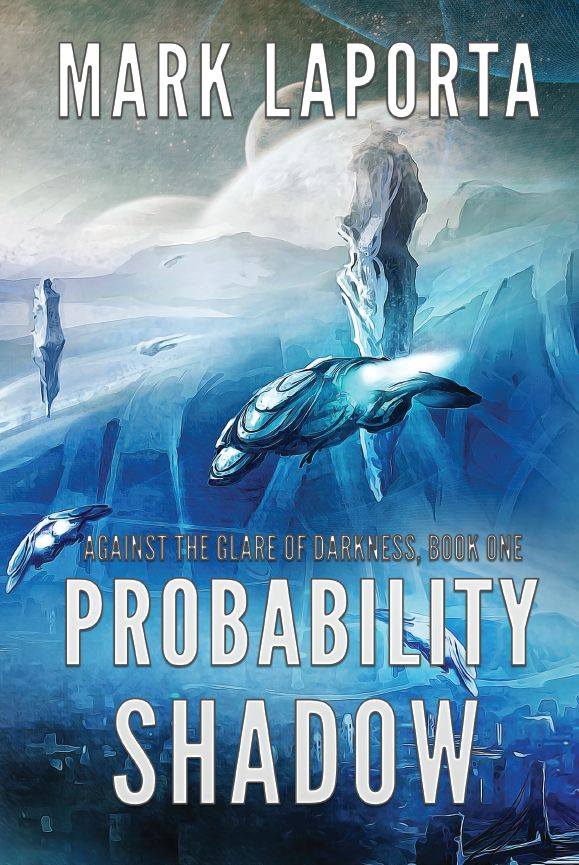 A single voice in the darkness rails against the fall of civilization, as a great new science fiction saga begins.

Probability Shadow leads you into a new universe, where imperious humans battle numerous alien species from across the galaxy. But as their wars rage, a twisted remnant of a vanished civilization re-emerges: the Quishiks, an ancient evil who manipulate Probability itself to weaken their prey and slake their thirst for mental energy. Unchecked, their arrival foretells the end of sentient life in the universe.

To stem this crisis, Ambassador Ungent Draaf of Grashard must forge an unlikely alliance of misfits from across the entire political spectrum -- a force of humans, symbiotes, mutants, androids and the ghostly remnants of a vanished civilization -- and somehow unite them behind one seemingly impossible goal: To drive the conquering Quishiks back to their multidimensional prison and restore order.

In a universe dominated by great powers on the verge of collapse, and as the mistakes of the past become the legacy of the future, one question remains: Will sentient life ever rise above the specter of evil?

... a smashing SF world, populated with an incredibly diverse cast [that] combines the best of space opera and SF, by giving readers an entertaining adventure that leaves something a little heavier to dwell on after the last enemy space ship has exploded into the vacuum. — Jodi Scaife, Fanbase Press

... a good series opener for speculative readers who like tangled story lines in which solved problems reveal even greater challenges. — Publishers Weekly