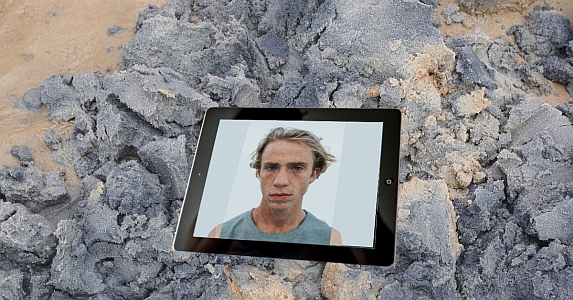 As a general rule, Pelidor Granku knew police work to be heavy on the boredom and light on the action-packed adventure. Especially, that is, by comparison to the fantasies produced by the holovid industry. Besides, when anything “action-packed” happened, it meant he was liable to get his head blown off. The blast-resistant groundcar he patrolled in offered only so much protection. To survive, he needed the reflexes of a race-car driver more than those of a sharp-shooter.

Fortunately, Officer Granku of the Laltrana Bay Area Police Department didn’t see that kind of duty more than once every couple of years. It was only when the furry Vrelkas went on their ritual rampage that things got that heated. As it happened, Laltrana was a thriving metropolis on Helianu, a planet in the Braatro system. And the Braatro system was smack in the middle of the Vrelkas’ favorite space lane. Ironically, most of his time was actually taken up by filing the paperwork necessary to receive more paperwork.

But one of Pelidor’s other recurring duties was responding to domestic violence cases in the Weldrons, a neighborhood in the south of the city, which was mostly populated by Galorns. The translucent-red insectoids, who’d immigrated after the Jentror-Dumalis war, were the City of Laltrana’s greatest liability.

At least, that’s what most of the indigenous population thought. As if being an evolutionary descendent of a tree-dwelling reptile was any better than tracing one’s ancestry back to a mound of wet sand in a primordial rain forest. But to Pelidor, the Galorns were just sentients like everybody else. Only their culture was jarringly different.

Fact was, every Galorni, male or female, had two partners. This was simply an outgrowth of their evolutionary heritage — not a “lifestyle” or a “perversion” as the majority of Helianus saw it. Anyway, in light of the way the Galorns lived, Pelidor couldn’t understand why he had so many cases to investigate. With twice the emotional outlets, he figured, there should be half the psychological tension. But the stats didn’t lie, even among the small minority of same-sex or transgender couplings.

Had he given it more thought, he might’ve realized that the uptick in domestic violence among the Galorns was a by-product of their displaced status. Regardless, adults of any species who were acting out was the soul of police work. Pelidor was no more shocked by Galorni culture than by the spate of particle gun violence in his own community. Seemed like every Helianu with an extra two-hundred credits had at least one Jorla 500 tucked under a pillow or into a waistband. Why the residents of the nice part of town hadn’t passed meaningful gun-safety laws was a mystery. How many more gruesome newsnet images did Laltrana Bay residents need to see?

But what really got under Pelidor’s dark blue, scaly skin was the impact that domestic violence had on Galorni kids. He’d seen it first hand, in the nervous tics and stuttering talk of Kleem, a sixteen-year-old Galorni male, whom he tried to watch out for. He’d run into Kleem on the street during his rounds many times. The boy always looked like he was seconds away from crying. One mid-week morning, Pelidor spotted the boy lounging on the stoop of a rundown apartment building. He lifted his helmet visor and called out from across the street.

“Should be in school,” he said.

“Pipes busted,” said Kleem. “Got the day off. Hey, I wanna show you something.”

Pelidor checked his chronometer. It was another slow day, so one little detour wouldn’t throw him off too much. He crossed the street and followed the Galorni down an alleyway that opened out into a jagged patch of broken sidewalk and deep trenches, which Pelidor recognized immediately as off-limits. This was a Remnant Area.

Millennia before, Helianu had been colonized by the mysterious Humans, a long-vanished species that, some said, had reached unimaginable heights of technical and scientific achievement. Relics of their occupation appeared across the planet. But because large swaths of an ancient city had been uncovered when Laltrana was founded, the entire Bay Area was particularly rich in “finds.” Yet this was the first time Pelidor had seen Human ruins this far south in the city. Kleem’s explanation made him queasy.

“It just opened up today,” said the Galorni teenager. “Heard a delroogi loud crash. But come on. Want you to see something creepy over here.”

Pelidor looked where the boy was pointing then followed him to a small pit where a digital tablet of unfamiliar design, was embedded in the ground. Stranger still, it was powered up. The Lieutenant gasped. The tablet screen was filled with the image of an anguished alien face — by all accounts, Human. The image was wailing out the same thing over and over again, in an incomprehensible language.

Pelidor walked back a step, engaged the new translation grid that had recently been installed in his helmet visor and switched the output setting to “speakerphone.”