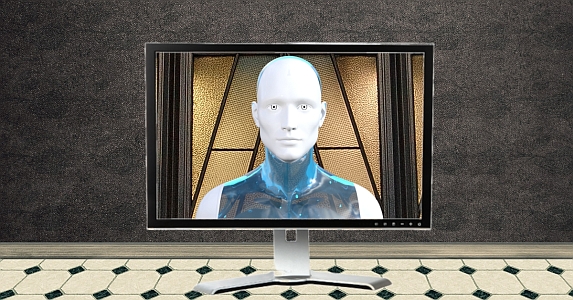 Faster than he expected, Kleem received word from a nervous Human officer that he must report to the war ship’s lander bay as soon as possible.

“The Velradrese have us by the short and curlies,” said the Lieutenant. The exact meaning of the expression was lost on Kleem, but he got the general idea. The Intelai had unleashed unbridled panic among the Humans. The upshot was that the teenage Galorn was soon strapped into one of the war ship’s five landers, each of which held a hundred residents of Helianu. It was the first of several waves of repopulation to cities all over Kleem’s homeworld. Seated nearby were several of his school mates, each with a story to tell about the Humans.

“Like, they were always worrying,” said Boors. “One guy spent the whole time talking about ‘The Overlords,’ and what would happen if their mission failed.”

Kleem didn’t let on that he’d been in direct contact with the Intelai, in case one of the Humans on the lander overheard him. But Grool’s mention of “Overlords” made him wonder if the Humans were referring to Helianu’s original colonists, the ones who’d created his species so long ago.

Fortunately, the Human’s fast landers reached Kleem’s homeworld in less than an hour. Yet if he expected to feel relieved when they touched down, the first thing he saw when he strolled down the lander’s exit ramp made his heart race. The sleek ship was greeted by a battalion of mean-looking Velradrese soldiers. Was the Intelai really able to project so many holographic images from his hideout up on the outskirts of Laltrana? His one hope was the blank stare on the alien soldier’s faces. They didn’t seem conscious of their surroundings

The Humans from the lander, however, took the enemy soldiers at face value. They hustled Kleem and the others down the exit ramps and took off as fast as possible. But as soon as the lander disappeared in the sky’s fluffy clouds, a smile broke out on Kleem’s mandibles. The Velradrese battalion vanished, without a trace. The returning youths and the small crowd of relatives who had come out to greet them were stunned, including Kleem, even though he was in on the Intelai’s deception.

The teenage insectoid shrugged and picked his way back through the crowd to his home in the Weldrons. Though he expected a tearful reunion with Traal and Gour, they immediately hustled him into the living room, where the family monitor sat, blaring official music.

“The Intelai is going to speak,” said Traal. “The mayor says this could change everything. Do you know what’s going on?”

The monitor darkened briefly and then the ancient android appeared, resting comfortably on the scooter that Kleem had seen it use a few days before.

“Inhabitants of Helianu,” it began. For the next hour or so, the Intelai held the population of the entire planet in the spell of its quiet, rational voice. It recounted what it had already explained to Kleem and, when it came to the description of the Kleem model, the teenage Galorn swelled with pride at the list of attributes the Intelai listed, as it had before.

But as startling as this news was to both the Helianu and the Galorni, the Intelai’s summation shocked everyone down to their genetically remapped toes.

“So perhaps you can see,” said the android, “that the artificial distinction your society makes between Helianu and Galorni is misguided. You are all products of the same immoral experiment. The Humans assigned you to different roles on a mere whim, for they were more like spoiled children than adults. I urge you now to unite as one civilization. Not only out of a sense of fairness, but for your own protection. Know that I have not defeated the Humans, but merely scared them off for a time. They will return eventually with greater force. Until then, you must work together to improve your defenses. Encourage advancement in education in every aspect of science, technology, communications and the arts. And foster equality of opportunity to the Galorni. For as I have outlined, they possess intellectual and spiritual qualities essential to your success. Know that I will help you in any way I can. But it is up to you to build a better future for your homeworld.”

Stunned, Kleem looked over at his parents, who had dissolved into tears. After years of oppression, of substandard housing and reduced opportunity, could they dare to hope? Traal looked over at her son and smiled.

“You did this,” she said. “You are my big bright boy and I love you so much!”

In the days and weeks that followed, progress toward establishing the new world outlined by the Intelai was rocky. But in time, the planet emerged, firmly set on a new path — ready for anything the Humans might dare to dish out.