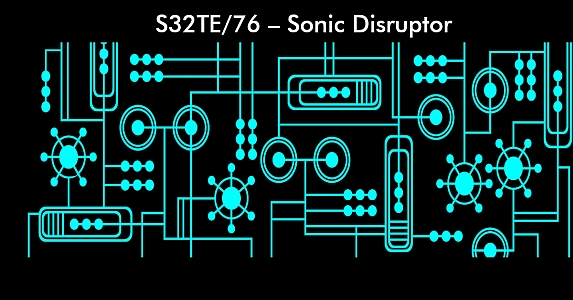 As Kleem neared the spot where, two days before, he’d spoken freely with the Intelai, his tubular heart sank. The ancient AI was gone! But where?

Not like it needs a bathroom break, he told himself.

He figured the Intelai’s disappearance must be related to the Humans’ arrival. Maybe it didn’t like the red-suited bullies anymore than he did. But if the advanced-design android had gone into hiding, how could Kleem hope to smoke him out? It seemed his only option was to sit in the spot where he’d originally found the AI, voice his concerns, and hope that somehow, the android would hear him.

“Humans want to make us slaves again,” he said. “Think you can stop them?”

A few minutes later, Kleem heard a peculiar clanking sound to his right. He looked up to see the Intelai limping toward him from inside an immense Human building.

“Pardon the noise,” it said. “I haven’t had a service call in hundreds of cycles. I usually just sit.”

“So why’d you get up this time?” asked Kleem.

“The Humans, of course,” said the Intelai. “I could tell as soon as their base ship entered Helianu orbit that they were not from the same society that built me.”

For starters, Kleem learned, the base ship they arrived in was a crude imitation of the ancient ships the Intelai remembered. Besides, the Humans who had transmatted off Helianu were well aware that both of the species they created were no longer genetically conditioned to obey them.

“I fear the new arrivals are in for a surprise,” said the Intelai, “in the form of open rebellion, no matter how forceful they are.”

The Intelai stared off into the distance, over Kleem’s head.

“Possibly,” it said. “But if these Humans find me, they will issue me orders. No matter who they are, my programming instructs me to obey any Human command that would not harm them.”

“Wish I could help,” said Kleem.

“Start by telling anyone who asks that you could not find me,” said the Intelai.

“That might work,” said Kleem. “But don’t these Humans have … trackers … to find you with?”

“Not if I keep changing my energy signature,” said the Intelai. “If you want to help, I could use a hand jamming their communications array. If they cannot communicate with their base ship or their homeworld, they will be in a real pickle.”

“It’s an old-Earth expression,” said the Intelai. “All I can say for certain is that it has negative connotations. Come along now, we need to set up some equipment before nightfall and with my corroded knees I will never make it alone.”

Puzzled but thrilled, Kleem followed the ancient artificial intelligence into one of the looming ruins to his right and up three flights of rather steep stairs. All the way up, the Intelai’s nanotube composite hands pressed down hard on the Galorn’s exoplated shoulders for support — until the intrepid teenager wondered if he’d have dents in his insectoid body for the rest of his life.

But at long last, they arrived at the last landing, where the Intelai had parked a compact electric scooter it could use to navigate the rest of the way.

“Doesn’t that scooter thing need a power supply?” asked Kleem. “I thought everything was shut down in these ruins.”

“Again, very astute,” said the Intelai. “We will have to see to your proper education once this crisis has passed. And you would be correct — if in fact, this part of the old city were actually in ruins. But unlike the new arrivals, the ancient Humans built to last. In all this time the only thing to go out, regrettably, has been the elevator system. This entire complex is linked to a geo-thermal power plant. As long as this planet orbits its sun, I’ll never run out of power. Unless….”

“What?” asked Kleem. “You think these new Humans plan to destroy Helianu?”

“Oh goodness no,” said the Intelai. “But they can cause a lot of mischief without going to such extremes. That is why we must act fast. Follow me.”

The Intelai’s scooter took off down a long corridor and Kleem ran alongside until, after a series of twists and turns, they reached a huge, white room. It was filled with exotic equipment that the wide-eyed Galorn couldn’t begin to identify.

“First, we’ll establish an interference pattern,” said the Intelai. “That will hold them up for hours. There, on the right, see if you can wheel over that large ovoid device.”

Desperate to save precious time, Kleem decided not to tax the Intelai with too many questions. until, After several minutes of tinkering, during which Kleem served as the tool caddy, the Intelai backed its scooter up and proclaimed:

“Eureka! We’ve done it. They’ll have a fine time getting anything accomplished.”

“So what now?” asked Kleem.

“We will start work,” said the Intelai, “on a series of sonic disruptors, tuned to match the Human’s brainwave patterns.”

Kleem’s breath stuck in his throat.

“That sounds kinda … deadly,” he said.

“Well, Kleem,” said the Intelai, “that is rather the point.”