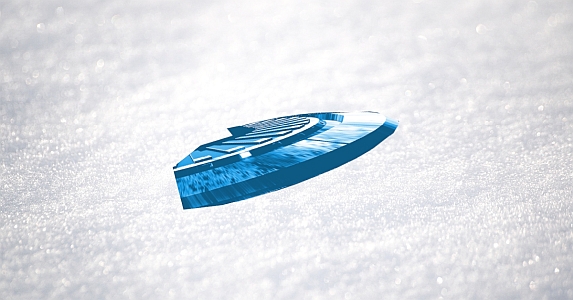 Aboard Section Six of what had once been a powerful military base led by Admiral Viola Santori, the usually chatty crew sat in stunned silence. Who, they wondered, was behind the booming voice that had greeted them when the ship’s fold engines failed and plunged them into a featureless realm.

After a stunned silence, Halidrak heard the captain’s trembling voice over the ship’s intercom.

“We apologize for our … transgression,” he said. “We only ended up here due to engine malfunction. As soon as we can effect repairs….”

“Accident?” asked the booming voice. “You were brought here by our design. Your transgression is not merely a single incident. It is generations of unethical use of physical laws. And for what? To dart about in fragile vessels for the sake of degenerate trade and trafficking.”

“Sir, we must live and thrive,” said the captain. “Expansion in to the wider universe….”

“That served your ends well,” said the voice. “But not the greater good. You never gave a moment’s thought to how your continual distortions of spacetime affect the trillions of lifeforms that inhabit the subspace environment.”

“We didn’t know…” said the captain.

“You did not attempt to know,” said the voice. “For innumerable cycles, as a consequence, we have struggled to rid the subspace world of the mountains of dark matter particles that your engines churn and spit out into other realms that your science is too primitive to perceive. Now this longest of all your interstellar wars has exacerbated the situation to crisis levels. We have no choice.”

“Annihilation, of course,” said the voice. “We who exist outside of time, as you know it, have studied your history. Your capacity for relentless self-promotion at the expense of other species is, apparently, written into your genes.”

“Wait,” said Halidrak. “Maybe we should have known better, though, honestly, I don’t know how. Can’t you give us a chance to reform? If ‘annihilation’ comes so easily to you, aren’t you just as bad as you say we are?”

The voice boomed even louder than before.

“Such reductive logic!” it said. “You insult us with your false equation, between your primitive, time-bound perspective and our view of the entirety of Time. However, perhaps your limitations have endowed you with a type of innocence. For that reason alone, you will be ‘given the chance’ — ridiculous phrase — to make amends. You, the non-human, are the only one we will trust with this effort.”

Halidrak gulped. And here he thought his bad luck had run out when he was being chased by Drolati drones.

The answer was as fascinating as it was terrifying. His consciousness would be transferred into a human body and he would be sent back in Time to the very engineering laboratories that had developed the first space fold engines. For now this innovation, of which the humans were so proud, must be prevented from ever being developed.

The answer was startling. The voice told him that his species, the Bolidan, had been selected for the honor, supposedly because they were more psychologically stable. Of that, Halidrak had his doubts. But it was hardly in his best interests to argue. On top of that, Bolidan scientists would also somehow discover the existence of subspace lifeforms and develop a new, cosmos-friendly form of space travel.

“But first, we must see to your transformation,” said the voice. “A simple thing, really. Only your limited grasp of genomics makes you ignorant of such matters.”

Before Halidrak could even formulate the questions that crowded his mind, he collapsed to the floor of Section Six and passed out. When he awoke a short time later, he was no longer an insectoid. Terrified, he struggled to stand up and stabilize himself for the first time on only two legs. Fortunately, it seemed as if his muscles already knew more or less what to do, as long as he didn’t interfere. But no sooner had his fears begun to ease than he was plagued by a disturbing wetness that filled the lower half of his modified Bolidan military uniform.

Mortified, he called out over the ship’s intercom.

“Guys?’ he said. “I think I’m gonna need an owner’s manual for this body!”