Episode 1: What you missed 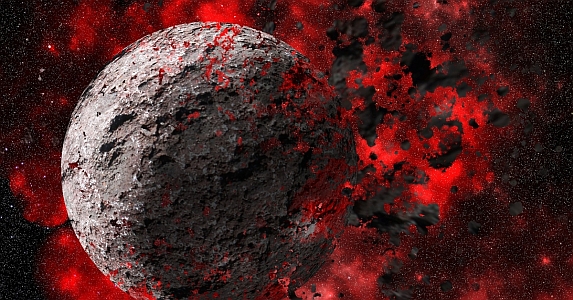 The way I figure it, no more than a quarter of the people alive today remember the night the Still Waters was destroyed. Word spread over the newsnets faster than anything I remember. Didn’t matter what you were doing, the sound of your jaw hitting the floor startled you out of it.

The Still Waters down!

Most of you will never have any idea what that meant to us. It was the lead ship of Earth’s proud intergalactic fleet that safe guarded the outer boundaries of Common Space for three hundred cycles. Ever since our defeat of the Kerdoniks in 3054 … well that’s a story for another time. It’s enough for you to realize we went to sleep every night with the thought that, no matter what else happened in the morning, the Still Waters would have our backs.

Now it was gone in a flash of antimatter annihilation — all four-point-five metric tons — with not even a puff of smoke to mark the spot. What followed? A hysterical scramble, of course, as the rest of the Earth fleet closed ranks and tried to improvise an attack plan. That was a particularly tough nut, in that every codified attack plan revolved around an active role by the Still Waters itself and Admiral Ginny Kamau herself.

The remaining Fleet Commanders were at a loss, but it hardly mattered. Knocking off our lead ship was just for show. What happened next was the systematic destruction of our entire perimeter defense system. One by one, every bit of military hardware we’d counted on for so long might as well never have existed.

You can’t picture it, I’ll bet, because you can’t even imagine us ever having that kind of advanced tech. Well, let me tell you, we were shaken down to our stem cells. All across Common Space, people ran out into the streets to see the night sky flaring up with one massive explosion after the other. Tears flowed like rain and some of the more fragile citizens when barking mad on the spot. But that wasn’t the worst of it.

The next wave of news told us who was responsible. It was the Woldadrians, a species that traced its roots back to primitive sea slugs on a planet in the Palindrome Sector. No, don’t ask me why it was called that. It would take all night and most of the next morning — and you haven’t got enough Trolladrine to keep me up that long.

All you need to know is that the Woldadrians were supposed to be extinct. Every data point we received from the Palindrome told us the entire region became a wasteland after the collapse of the Cancrizans Event Horizon in 2885. Well, not all. You also need to know how much the Woldadrians like to lay their eggs inside anybody unlucky enough to get within ten feet of them during drolaar season. That, and the fact that it was always drolaar season.

Where was I at that time? I was one of the few who got away. You see, I was prospecting for a mining company out by the Mendeleev asteroid belt, which had earned its name for having samples of just about every mineral in what we used to call the Periodic Table. That was way out on the fringes — at the opposite end of Common Space from where the Woldadrians attacked. Though to be honest, I wasn’t exactly working at the time.

I was floating in zero G with Xoltryndney, my Ardastrian soul mate. Yeah, don’t look at me like that. I can’t help it if your generation is even more bigoted than the high-minded non-entities who wanted to judge me in my time. A.) Aldastrians are sentient, I don’t care what you’ve heard. B.) They’re empathic, so you never even have a chance to feel “misunderstood.” And C.) If you’d ever spent even half a night with ... but never mind.

The point is, we were in our private la-la land, and when the news finally hit us, we both had enough sense to drop everything, fire up the company starship I had on loan and head out for the Diapente Sector.That was Xoltryndney’s idea. She owned a small habitat ring, nestled inside an area of dense emag fields. Don’t get excited. Her father had made a fortune in the Life Insurance business.

Anyway, even if the Woldadrians made it out that far it would have taken them months to find us and a Hell of a lot of good luck. So off we went, after I took the wise precaution of smashing our signaling array with my heaviest hammer attachment. It was just the two of us against the universe, unless you want to count NineArhVee, the ship’s AI. What a character! But more about that later. You got any more of that Solaran Tequila?

That’s better. Anyway, we figured we were safe. And for the first five cycles, it almost looked as if we’d get away unscathed.