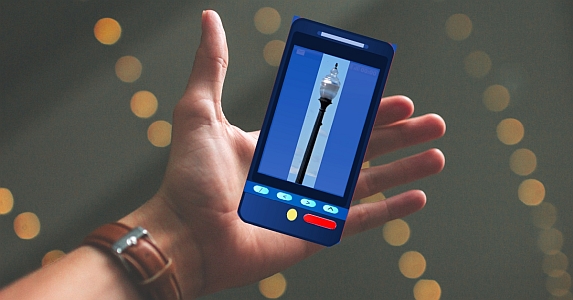 When I arrived on the Aldevari partner world, with eight other former prisoners of the Deltjorans, I was overwhelmed by relief and nostalgia. For Thultra 3 was the most civilized place I’d seen since before the Still Waters went down in that fateful Waldadrian assault.

Better yet, the city surrounding the spaceport where our landers touched down was a model of elegant design. I felt as if the world I’d lost had been restored to me, with interest. As advanced as the member worlds of Common Space were, the Aldevari had us beat by at least twenty parsecs.

I won’t even try to make a more detailed comparison, because you have no frame of reference for what real technology looks like. Yeah, you have a nice array of comforting gadgets and the Ulbantri supply all the interstellar transport you need — or that they tell you that you need. But, back in the day….

Never mind. I’m wasting valuable time that you must use to get ready. The Aldevari are about to reshape your lives in a thousand ways. They’ll start by removing the neural blockers that the Ulbantri installed during your initial health screening at birth. Those neural blockers receive signals from control towers spread out across your planet. I don’t know how to describe it except to say you’ve been viewing yourselves and the universe as if through what our ancestors used to call “cheesecloth.”

But there I go again. The lack of longevity treatment has made my mind go soft. My small treatment kit was the one thing I’d always managed to salvage, each time I had to make a quick exit. I had it with me when I arrived on the Deltjoran ship, but the aliens soon pressed me into service and put my body in a stasis chamber. When I was finally rescued by the Aldevari fifty cycles later, my longevity kit had dried out to nothing but fine crystals. Once in Aldevari space, I learned that they dealt with aging in a different way. They actually had a religious ban itself or artificially preserving organic tissue. I don’t know what surprised me more: The ban or the fact that they were religious.

Regardless,, their solution made about as much sense as the workarounds in any religion. It was permitted to transfer my consciousness into a biomechanical body that self-renewed with a built-in network of nanobots. That sounded intriguing, but I decided I had to convince myself that Aldevari tech was really up to the task. Besides, I had an ulterior motive. I wanted to come back to what’s left of Common Space and give you a fighting chance to avoid a bloody massacre. I figured you’d never believe my story if I came to you looking like a bright-eyed thirty-something.

So here’s my proposal. And this will be shocking to your micromanaged minds, but try to stay with me. You see this little handheld? I have ten thousand of them in my lander. Before you ask, the Aldevari have superior shielding tech, so your local authorities can’t detect these devices. Anyway, this thing is made to block the signals broadcasted by the Ulbantri control towers that ring this planet and every other world under the Ulbantri umbrella. What? Of course you don’t know what the towers look like. Your masters made sure of that. But here, take a look at my handheld.

You see that? The Ulbantri control towers are made to look exactly like ordinary streetlamps. Walk onto any street and press this red button. If any of the street lamps on that street are hidden control towers, the handheld’s light will blink three times. Attach the device to the base of that streetlamp; in about two blinks, its chameleon circuits will kick in and it will become indistinguishable from one of the larger bolts on the lamp’s base. From then on, transmission will cease and an entire five-block area will be clear. Your people will be able to think for themselves again. I’m doing my part on this world, because it used to be my home. Others are doing the same on hundreds of other Ulbantri-controlled planets.

Does that sound scary? Let me tell you, the Aldevari are coming, no matter what. Take action now, and the Ulbantri will have their hands full — defending themselves from both the Aldevari and the local inhabitants. The alternative is being pressed into military service in an all-out war. The Aldevari have superior tech and are telepathic, but the Ulbantri are a formidable foe. They won’t hesitate to use you all as shields if the going gets tough.

So come on. Make the smart choice. I’ll be in my lander until the Aldevari invasion fleet enters this system, which will probably be in the next five rotations. I have a fully functional transmat pod on board and can send one of these handhelds to your friends in other major cities of this world. All you need to do is degrade the Ulbantri network, so it loses power. Believe me, you owe it to yourselves to take this risk. You have no idea what it means to really be alive.