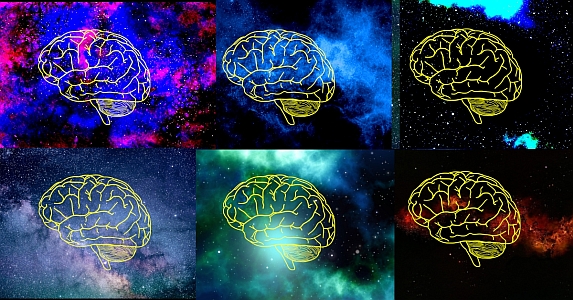 By now,, as I learned only later, the Waldadrians had more or less consolidated their conquest of common Space as well as most of the PartnerWorlds we’d relied on for hundreds of cycles. This was the low point in human history to say the least, the time I’m sure your grandparents assumed would be the end of everything they’d lived for.

The Waldadrians, once they’d reached their population quota, set about ferreting out everyone in hiding and putting them to work everywhere that machine labor wasn’t economically viable. Their attitude was: why use a Theta-class android to scrub toilets? What an unthinkable waste of expensive hardware. The remaining humans were also pressed into work in agricultural fields where, again, an AI-based solution would have been obscenely expensive. Besides, as every sentient species eventually learns, AIs just can’t stop themselves from dishing out a torrent of “helpful advice,” that makes organic managers, especially military officers, feel stupid and useless. Why, the organics ask, must the androids always be right?

That state of affairs dragged on for a little more than a generation, until the Ulbantri swept in and beat the Waldadrianss at their own game. The newcomers developed a parasitic pathogen that only attacked Waldadtrian body cells. The deadly spores they released into the atmosphere of every occupied world left millions of exploded, rotting Waldadrian corpses in their wake. Needless to say, in the short term that made things worse for the humans. Demoralized and cut off from all sources of energy, they were destined to revert to the status of the earliest civilizations. Assuming, that is, they could overcome their grief and deep depression.

But the Ulbantri, to give credit where it’s due, understood that. And wasted no time setting up “community centers,” to resolve the humans’ immediate needs. They also quickly deployed a massive array of android supervisors, who managed the flotilla of automated construction platforms they delivered to each decimated world. Roads were rebuilt, power grids were rewired and the Waldadrianss’ centralized authorities for the production and distribution of basic goods was replaced by a fledgling market system, similar to what had existed before.

Little by little, municipalities grew up again and, even if they were governed by Ulbantri as the official ruling class, there was a return to order. The filth and decimation of the original invasion and the Ulbantri counterstrike were cleared away with astonishing efficiency. When the process was complete, you had the groundwork for the system you think you enjoy today, simply because you know no other. If you only knew how much has been lost. If you only knew…

But back then, when I began my training in “the Art of Forgetting” with the blobular Deltjorans, I knew none of this. They were gradually taking me on a journey to what I thought at first were the inner realms of my own psyche. Through this process, which involved meditation and, as I learned later, airborne hallucinogens, I became one mind in a network of minds which the Deljorans used to fuel their ambitions in multiple universes. I would have thought it an impressive feat of science, if it weren’t for the fact that it temporarily drained me of all sense of identity.

in a matter of weeks, I was dissolved into a galaxy-spanning group consciousness that influenced the development of life on thousands of worlds. What I learned, in retrospect, is that our concept of the “infinite universe” is woefully inadequate. There were and are, trillions of sentient cultures completely untouched by either the heyday of Common Space, the Waldadrians’ brief reign of terror, or even the Ulbantri’s all-encompassing takeover. It’s the one thought that keeps me going, even now, when my time is running out. It doesn’t matter how mighty any one group becomes, the universe will always be too vast to be contained by them.

And, in line with the true definition of infinity, there will always be a species able to outsmart the dominate player, given enough time. All that’s required is that some higher authority takes an interest. What you don’t realize now is how close the Ulbantri are to meeting their betters. I know, that shocks you and it’s not your fault. You’ve been conditioned to believe that your masters are the pinnacle of creation. Just remember what I told you when the ringing starts.

To their great surprise, the Deltjorans were about to experience this phenomenon for themselves. Buried deep in a small galaxy at the fringe of their multiversal empire, a minor rebellion was proving surprisingly effective. Those of us in the group mind were led to put maximum pressure on this uprising, to bring it down.

Only when it was too late did the Deltjorans realize that our countermeasures actually strengthened the adversary. For it was a species with an entirely different concept of mind, for whom the relationship between matter and energy was exceptionally fluid. What that meant for the Deltjorans might have been considered tragic, if those blobby multidimensional pests hadn’t richly deserved the backlash they received.