Episode 11: Not Quite Escape 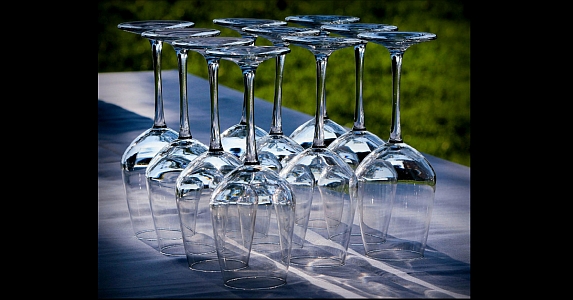 After an uneventful journey, Rolland and every other surviving inmate were transferred to holding cells inside a large, hollowed-out asteroid. Compared to the cramped quarters on the ship, now he could stretch his legs. Plus, the food was better. Trouble was, he had no appetite and even flirted with refusing all food and water.

Why not get it over with? he asked himself.

His mood remained dark, until one of the guards handed him an early release notice and orders to report to the asteroid’s medical bay. His cerebral implants would now be restored, plus new software to help him identify known enemies of the Kaltreen Empire.

IN LIGHT OF YOUR EXEMPLARY SERVICE…..

Apparently, the Empire had decided that he’d been duped and was no real threat. That was puzzling, because The Kaltreen weren’t known for generous, big-picture thinking. It wasn’t until after his implant surgery that he learned what was in store for him. Roland would set up shop on an Asset World. His mission? To make his new home productive and efficient enough to become a Partner World. Again, he was puzzled. Didn’t the planet’s low status mean that the Kaltreen had already given up on its inhabitants?

The answer was the recent discovery of so-called “rare earth” metals in the planet’s eastern hemisphere. Roland’s job was to establish a network of financial incentives for the inhabitants — to create a mining operation that would make the planet profitable for the first time.

As Roland studied his Kaltreen mission brief, he discovered that his prospects for success were slim. The Dholprentrans were notoriously unmotivated. A species of salamander-like creatures, with immense psychokinetic powers, they’d built a complex, high-tech society over a period of centuries with only a few hours of coordinated mental effort a week. The rest of the time, they simply sunned themselves in the hot equatorial regions they called home.

Nevertheless, the Dholprentrans surprised Roland on his arrival, by whipping up a new residence/office suite for him from scratch. From his temporary quarters aboard his lander, Roland watched as trees appeared to fell themselves, then submit to treatment by an array of hovering tools. Soon, the ground opened up, a foundation was dug, concrete was poured; it was as if his office was building itself.

A week later, the three-story building was complete. The head of the local delegation invited Roland to take a tour of the new facility. As Roland entered his new offices he was greeted by an unusually gracious Dholprentran.

“I am here to help,” said his visitor. “I know all of the Kaltreen strengths and weaknesses. Consider me your personal encyclopedia on the subject.”

“Why,” he asked. “would I care about their weaknesses?’

“In case,” said the Dholprentran, “someone found out that the fruit of our frenzanix trees is a deadly poison to the Kaltreen. Due to their peculiar brain chemistry, the fruit sends them into a coma. I’m sure you’ll make sure they never come in contact with frenzanix fruit or, let’s say, any wine made from it.”

“Thank you,” he said. “You know, I was thinking that if your people helped me establish a successful mining operation, that would make a fitting occasion for a celebration. We could invite the entire Kaltreen leadership and hold a large banquet. I know I could count on you to ensure that no Dholprentran wine was served.”

“It would be my honor,” said the Dholprentran.

A few days later, Roland met with Dholprentran engineers to share the mining blueprints he’d received from the Kaltreen. They nodded, and promised to commence mining operations at once. In a mere eighteen months, “his” operation had exceeded the quotas set by his masters. Roland’s success soon became the stuff of legend. A great celebration was planned … at which copious bottles of wine were to be served.

With the Kaltreen leadership poisoned, the Empire crumbled. One-by-one, its Partner and Asset Worlds achieved independence. It was the fulfillment of the dream Roland’s father had sacrificed his life for. That thought haunted him, as he arranged to return to his homeworld. Throughout the many years of the Kaltreen occupation, countless brave souls had tried to break free. And now, Kaltreen power and authority was utterly destroyed.

It came down to a simple truth, he told himself. A bit of information known only to a few.

In hindsight, that made sense. Throughout their reign, the Kaltreen had made every effort to keep their defeated worlds isolated, to prevent them from communicating with each other.

Incredible , he thought, They nearly destroyed us, just by controlling access to information.