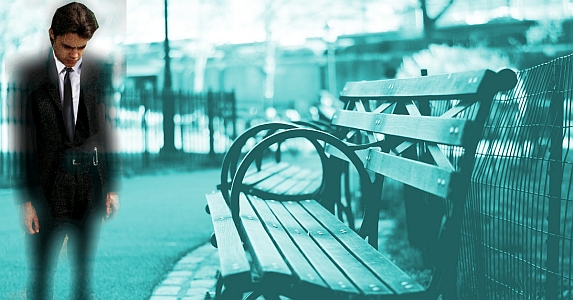 Out on the street in front of the Ministry, Roland made an arbitrary decision to head for the large, well-manicured park on the Ministry’s left flank. He hoped the quiet, beautiful spot, away from the artificiality of his office complex, would give him the perspective he needed to calm his topsy-turvey state of mind

But it was not to be. Within a minute, a darkly clad distinguished gentleman sat down on the next park beech over to Roland’s left from where he’d just settled down.

“Don’t look at me,” the man’s voice rang out. “Look ahead of you, don’t speak, and no one will suspect that I’m talking to you. They’ll think I’m on a remote comlink … or out of my mind. .

Roland’s heart sank. Now there was no escaping the risk of exposure.

If I run, he’ll find me again, he thought. Better get this over with.

“This is what I need to tell you,” said Jett. “As far as you may rise in the Kaltreen bureaucracy, the second they get tired of you, you’ll fall hard. The Kaltreen are always jockeying for personal power. So if Colonel X likes your work, the time will come when Colonel Y will disparage you, just to make waves and get a leg up in the system. You’ve done well up until now, but soon success will make you a target of political intrigue.”

Roland frowned. Something seemed off. Was this the talk of a man who’d lived the past twenty years scavenging on the streets and out in the rural areas, stealing food and huddling against the cold in dark alleys? But what was “Jett” saying now?

“A few of us have worked out a better way to deal with the Kaltreen than letting them run our lives,” said the man. “We built a resistance movement and found wealthy donors. We’ve acquired a ship that’s almost ready for launch. And by the way, your mom has already agreed to join us. We’ll head out for Sigma quadrant were the Kaltreen have no bases and start over. It won’t be easy, but we’ll make allies among the Kaltreen’s many enemies. No, don’t speak. I’ll send you a set of geo/temporal coordinates. If you’re there when we launch, you can join us. If not, well, Son, I’m scared for you. Real scared.”

Roland’s spine stiffened but he dared not speak. Soon after “Jett” fell silent, he watched as the older man walked past him and out of the park. By now, the sun had climbed to its noon perch. Roland knew he’d be missed at the office. As casually as he could, he rose from his bench and headed back to the ministry. As he walked he made a secure call to his mother, whom he hadn’t spoken to much since leaving home for his indoctrination and training. “Fraternization” with family members had been discouraged among cadets. All the same, his mother’s warm voice filled him with a secret joy he wished he’d experienced more often. Had she, he asked, had any contact with his father in the past few weeks?

“Oh, Rolo boy,” she said. “What have they been feeding you? Your father died years ago. I didn’t tell you when you were little, but the Kaltreen ambush was brutal. I … I had to identify his mangled body at the sheriff’s office. I know it’s hard to face, Rolo dear. I still can’t. But he’s gone and that’s the end of it.”

His eyes filling with tears, Roland paused long enough to wipe them and, after forcing himself to put on a self-assured look, returned to his workstation. Emblazoned on his holosplay was a bold headline that now dominated the newsnets:

Roland watched as the full story scrolled out in front of him, complete with holovids of resistance forces being overwhelmed by an automated Kaltreen strike force. One detail in particular caught his eye: an image of the man who’d claimed to be his father, identified with a caption:

Roland’s mouth went dry. If, as Minister Stapleton had said, he’d been observed speaking to this man, even in disguise, would the Kaltreen decide that he, too was a member of the resistance? He didn’t have to wait long. The thump of thick-heeled boots behind him and a firm hand on his right shoulder confirmed his worst fears.