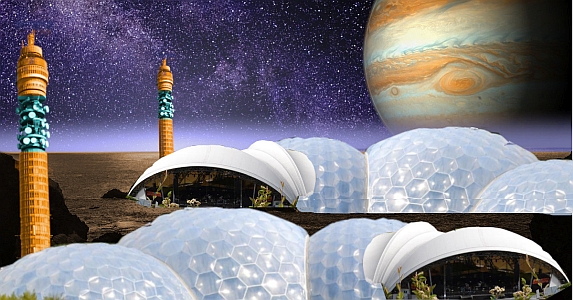 Roland’s arrest and trial followed standard Kaltreen protocol. But because he was a valued operative of the Finance Ministry, the human administrators tried several gambits to lighten his sentence. Nevertheless, the fact that he’d been spotted twice in the company of a known seditionist cast a shadow over every attempt to plead down his case to a lesser charge than treason.

Only his own quiet, last-minute testimony swayed the court. Under cross-examination, he explained how easy it would have been to sabotage the Kaltreen colonial government, it he’d wanted to.

“In my position, I had access to every financial transaction,” he said. “I also had the privilege of turning off the Kaltreen AI overseer, to save time in a financial crisis.”

“And did you take advantage of that option for personal gain?” asked his attorney.

“Of course not,” said Roland. “The record will show I never shut down the AI. And once that AI is running, I don’t think I have to tell you how exacting it is.”

“Tell the court anyway,” said the attorney, “for the record.”

“My workspace was laced with direct contacts to a disinto unit in the basement of the Ministry,” said Roland. “If I’d filed any unauthorized allocation or falsified expense report I would’ve been reduced to ashes within a blink.”

“That’s a lot of pressure for a young man,” said his attorney. “And yet you actually improved the system’s efficiency. How did you manage it?”

Roland’s answer to this last question is what saved him. For, as he pointed out, his superiors had originally accounted for their expenses with sloppy approximations, which made reconciling their budgets a nightmare. To remedy this, he’d instituted strict guidelines and even rejected some of their reports, a step that had the full support of Minister Stapleton.

“Your Honor,” said Roland’s attorney, “Is this the action of a saboteur?”

In the end, instead of being sent to a brutal prison colony, Roland was transferred to a minimum security psychiatric facility on Europa Base, in the Sol system.

“Young man,” said the judge, “I’m willing to believe you were duped. Yet I hasten to point out that, just like the imposter, Mr. Sakellarios, the real Jett Hutchings was also a seditionist. The outcome of your stay at Europa Base will be determined by how well you can quash our suspicions that rebellion runs in your family.”

His head bowed, his skin chafing against his harsh prison jumpsuit, Roland fought to keep his voice level as he expressed his appreciation for the judge’s leniency. The court was adjourned, he was surrounded by a team of guards and hustled into a waiting prison transport. Days later, he arrived in a black lander to Europa Base, one of humanity’s earliest extra-solar habitats.

Throughout his stay, Roland would discover the many archaic technological oddities that dotted this decommissioned scientific base. But at the moment, he had no more time for contemplation. He was logged-in, assigned a serial number and trotted off to one of several dozen squat bunkers laid out in an array of rows and columns.

His bunker, like all the others, provided the bare minimum needed to exist on a world whose atmosphere was produced by a creaky, old-fashioned system of oxygen-nitrogen generators. After his guards released him into the custody of the Bunk Master, he was given a bedroll, a pillow, and was directed to a spare cot in the far left corner of a cavernous room.

“I catch you with a comlink,” said the Bunk Master, “you’ll eat it circuit-by-circuit.”

Exhausted, Roland longed to collapse on his cot. But the camp’s Medical Director had other plans. Most of his cortical implants would be removed, except those needed to track his movements — to prevent access to classified material. He would have to adapt, for the first time since he was a young child, to life without a constant flow of data to guide his every step.

Thankfully, the physiobot who performed the extractions was far more “human” than the guards.

“You will want to ‘take it easy,’ as I believe you say,” said the physiobot. “It will be some time before you can think independently. Make certain to follow every order you receive to the letter, no matter how confusing it may seem. You are in no position to trust your judgment. Report back to your bunk.”

Roland nodded, though he wasn’t sure he understood. All he had to go on was a vague sense that his survival depended on following orders. But as he returned to his bunk, he realized he wasn’t entirely convinced that he wanted to survive.