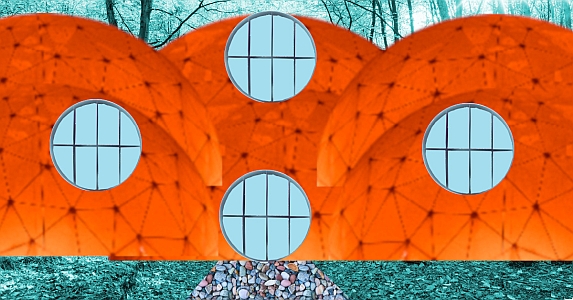 His heart pounding, Graffiti watched the surface of Stygia 3 rise up to greet the descending lander. Though he was used to the risks and rigors of combat, for the most part, those dangers were familiar and his responses could be informed by a well-honed instinct.

But what, he wondered, was this? In all likelihood, whoever had spoken to him in Paul Sprague’s voice had been merely a simulacrum. The real Paul might either be dead or so psychologically compromised that he was no longer a reliable source of information, even about his own circumstances.

Who knows what they’ve done to him? thought Graffiti.

The lander touched down. Its airlock completed its pressurizing cycle and, once again, a harsh machine voice echoed in his ears.

Hands trembling, the captain of the Arcadia opened the seatbelt on his acceleration chair, strode over to the airlock and poked his helmeted head out into the unknown atmosphere. Within seconds, the sensor display that popped up on the inside of his helmet visor made him glad he’d stopped off for an encounter suit on the way to the lander.

As the readings indicated, the landers idea of “suitable” was in direct conflict with his idea of “comfortable.” With that settled, he stepped all the way out and felt the crunch of rocky soil beneath the tread of his regulation boots. No more than a minute after he’d walked clear of the lander, it lifted off, which ensured he had no other option than to keep moving forward. To the left and right of him, as he continued, were a variety of abandoned space craft in various forms of corrosion and decay.

Soon, a dome complex with round, glassy windows, rose up in front of him, nestled in a stand of indigenous trees no resident of Old Earth would recognize. It was large enough to hold a battalion or two of soldiers or a herd of elephants, though of the latter Graffiti knew nothing. Like most non-essential wildlife on the human homeworld, those ancient creatures had long since become extinct. Adding to the impact of its imposing size was its isolation. No other artificial structure entered his field of vision. A quick sensor sweep by this suit confirmed the wary captains suspicions. This dome was “the only game in town.”

About three meters from the entrance to the dome complex, a bright-yellow scooter with an attached sidecar raced out to meet him. It careened and zigzagged with so much manic energy that Graffiti began to wonder if the driver were seriously drunk. But how could that be? At this point, he was hard pressed to know whether a stiff drink would settle his own nerves, yet hear again, his military mind intervened to remind him he was still on duty.

Within a few more seconds the scooter came to rest in front of him. It was a bizarre sight. At the controls was a shiny android body — topped by Paul Sprague’s head.

“You made it,” said the head. “See? Nothing to worry about. Hop in, Carlo. And chuck that ridiculous encounter suit. You’re home, Buddy.”

Graffiti winced at the cloying parody of his friend that the Begnati had created. With a shrug, he nestled into the scooter’s ovoid side car and tried to make the best of it.

“Any idea what the deal is,” he asked, “with the abandoned ships I walked past on the way here?”

“You know, that’s the great thing about this place,” said the remodeled Paul. “Every crew that lands here for temporary repairs eventually decides to stay on. I tell you, Begnati hospitality is second to none.”

Graffiti sighed. The more gleeful this simulacrum of his former friend became, the more his heart sank. It wasn’t at all clear he’d escape alive. The most he could hope for, it seemed, was to save his crew. Nevertheless, he used the time until they reached the dome entrance to look for the slightest weakness in the dome’s design that he might exploit later on.

Minutes later, the dome’s entrance loomed. As the scooter approached, they swung open to reveal a teeming, modern metropolis, that wouldn’t have been out of place on dozens of human colony worlds.

Paul stopped the scooter and switched off its electric motor.

“Here it is. Home,” he said. “I can’t wait to show you around — after your remodeling, of course.”