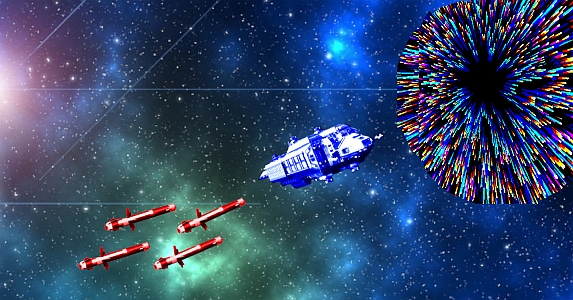 After a final round of physical therapy and orientation, during which Graffiti showed himself fully adapted to his new, android body, he was led to the first of several strategy sessions with the insectoids top military commanders. At the first of these he was reunited with Paul Sprague, whose affable greeting made it clear that either he’d forgotten their earlier altercation or it had been wiped from his memory.

Based on what he’d observed so far, he was most inclined to think it was the latter.

“Hey, Buddy,” said Paul. “Looking sleek now, eh? Before I got here, I was always looking for some way to lose my gut, and now … I’m always in top shape. Feels great!”

Graffiti flashed what he hoped was a convincing imitation of a knowing smile, while forcing himself not to be distracted by his former friend’s loss of independence. Lucky for him, the arrival of Drolinvatar, a high-ranking field commander in the Begnati military, strode into the room and gazed out imperiously at upwards of five hundred seated, “remodeled” operatives.

“Congratulations!” she said. “You are members of an elite fighting force that will soon be unequaled in the settled universe. Each of you has proven yourself in battle. Some, like our newest member, Unit 1849, have also shown unusual strategic ability during conflicts in three galaxies. Let’s give him a warm welcome, shall we?’

Graffiti’s neck tensed at the raucous sound of nearly a thousand metallic hands slamming together, which started on command and stopped with mechanical precision, the moment Drolinvatar held up her hands for silence. Without delay, the stern commander began outlining plans for the soon-to-be-realized attack on inhabited systems within a cubic light year of Stygia 3. Though Graffiti was dumbfounded, he wasted no time activating the long-range transmitters his captors had installed in his new body. Within seconds, he began live-steaming the insectoid commander’s entire lecture to the Arcadia, which was still in orbit around the planet.

Lieutenant Dawson, formerly Graffiti’s XO and now the Arcadia’s acting captain, rushed to the bridge the moment he heard of the transmission.

“Will you get a load of that?” he said. “The Begnati, whoever they are, are getting ready to make a lot of folks miserable real fast. Ensign Banks, leave orbit now. Engine room give me top sublight speed!”

“But Lieutenant,” said Banks, “we can’t just leave Captain Graffiti behind, can we?”

Dawson held his tongue then spoke to her with eerie calm.

“That’s an order, Ensign,” he said. “Way I figure it, if he hasn’t returned by now, Graffiti’s fate is sealed. He’d want us to warn the others. Now let’s go. Time is not on our side.”

“All hands, this is the captain,” he said. “Battle stations. We’re gonna zoom out of orbit like a bat outta Hell and I don’t think those crazies down there are gonna take kindly to it.”

The Arcadia lurched forward, to the accompaniment of a slight groan from the ship’s composite titanium and carbon nanotube hull. As expected, they were less than a thousand kilometers from Stygia 3 before the ship was pursued by a spread of nasty-looking missiles. The ship’s AI chimed in.

“Nuclear by the look of them,” it said. “Closing fast. Effectiveness of evasive maneuvers projected at 15% and dropping.”

“This close to the system’s star?” asked Ensign Banks. “We might explode.”

“We’ll be a plate of scrambled eggs in about thirty blinks if we don’t,” said Dawson, “Now, move!”

As the missiles came within five kilometers of the Arcadia, the battle-hardened war ship winked out of view, its eventual fate a harrowing question mark. Meanwhile, down on Stygia 3, Drolinvatar was wrapping up her tactical briefing as Graffiti, exhausted from the strain of his transmission, fought hard to stay awake.

“Unit 1849,” said the insectoid commander. “Are you feeling OK? I warned the medical team about rushing your training.”

Despite his ordeal, Graffiti thought fast.

Stunned, Graffiti joined the throng of half robotic recruits that filed out of the conference room and over to their shared quarters. Like soldiers bivouacked in Earth’s now ancient wars. They clambered into bunk beds an fell fast asleep.

Hope they got out in time, he thought, as the sleep mode programmed into his android body shut him down for the night.