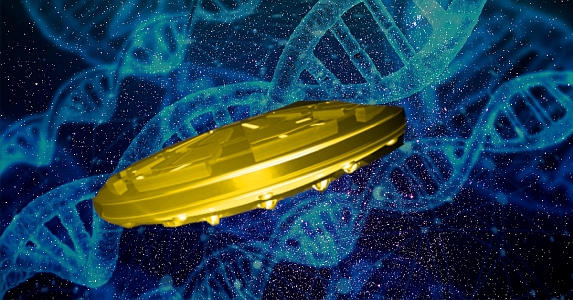 The large commercial starspanner that left the main Caliax-Dronani spaceport two days later carried three hundred passengers for various points along a parsecs-long trajectory. Near the end of that run was an obscure human colony in the curiously-named “Cygnus Constellation.” The humans called it “Prosperity,” whereas to Jeklior’s people, it was simply a number in an astronomical catalogue.

After thousands of years of space exploration, the Caliax-Dronanis considered it a fool’s errand to account for every new phenomenon that they encountered in deep space. What they needed to know about a planetary system, they were perfectly capable of discovering. To catalogue each and every one? Ridiculous.

For the humans, interstellar travel was still a novelty. Jeklior had been warned to expect impertinent questions about his planet, his culture and even, embarrassingly, about his physiognomy. Yet there was no denying the humans’ deep understanding of the science and technology behind interstellar travel. Their initial work on the novel propulsion system they proposed was startlingly original and made many of the reptilians’ top scientists take notice.

But for Jeklior, despite his official diplomatic mission, the lengthy journey to Prosperity was a personal matter. The call he’d received two evenings ago had shaken him to his core. Glenna DuBois, the human scientist he’d had first the privilege and then the pleasure to escort around his homeworld, had recently died — and horribly. Worse, her diagnosis, “an unidentifiable genetic mutation,” pointed to some form of contamination, most likely sustained during her stay on Caliax-Dronani.

Though the humans were not yet at the point of suggesting deliberate foul play, they demanded an investigation. Jeklior, as the one alien operative who’d spent the most time with Glenna, had been summoned to provide “background testimony.” The thought was that a thorough accounting of Glenna’s moments on the planet would uncover the likely source of her contamination.

The weary reptilian leaned back in his crisp, first-class cabin and tried to compose his tormented mind.

While anything was possible, the most likely cause of Glenna’s death was their passionate indiscretion. Despite his transformation during the yahl-kedrann, Jeklior’s body had betrayed him: he was not quite human enough to avoid scarring his lover at the deepest level. Something in that moment had triggered a slow-moving cascade of reactions that had produced a fatal mutation.

Though the retired ambassador knew better than to torment himself with events that were out of his control, he was also mature enough to realize that he nevertheless bore responsibility for what had happened. And yet, as he reminded himself again, neither his own people, nor the humans, knew anything about that. At the same time, his assignment was to be open to any and all questions, some of which might edge dangerously close to the truth. Yet surely, he told himself, his decades of practice as a diplomat would work to his advantage. If a question touched a nerve, it would never show on his face, his gestures or his tone of voice.

Unfortunately, one aspect of his experience with Glenna remained a puzzle. Jeklior had never learned why the humans had pulled the plug on their joint engineering venture and recalled their scientists, Glenna included. Was there a hidden core of suspicion in that decision? Had a nosy humanoid dug too deep into his species’ ancient origins as flesh-eating predators and drawn fearful conclusions about their ultimate intent? It seemed too absurd to be taken seriously.

If only, he told himself, the petty anxieties of the mind were so easily dismissed.

In this, Jeklior knew, the two species were identical. Both the products of evolutionary survival tactics, the mental development of either was conditioned and even stimulated by fear. On that basis, what if the humans’ nominal “invitation" to participate in their investigation was really a request for extradition? What if their intent was to hold him responsible for Glenna’s early death?

But he was in an anxiety spiral of his own and he knew it. His homeworld government would never allow the humans to take unilateral action. Gradually, over the evening meal, which was just being served, he managed to ease his emotions back to a more manageable state.

In fact, he was almost at the point of dozing off, when he felt the soft buzz of his interstellar comlink. It was Reikelaon from his former ministry. It was now known that Jeklior would be met at the Prosperity space port by Glenna’s daughter. That was the first he’d heard of Glenna having a child. Even more unnerving was Reikelaon’s last comment:

“We’re told that her appearance is … unusual … for a human.”