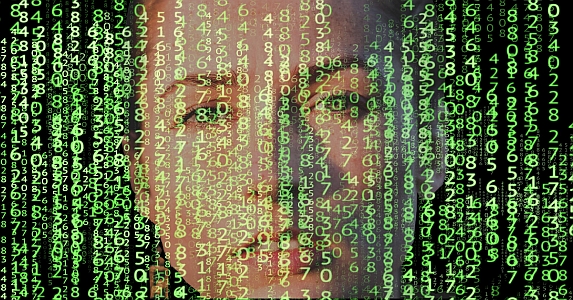 Jeklior’s interrogation lasted nine grueling hours, during which the panelists used the full repertoire of intimidation to trap him into confessing to Glenna’s murder. But the wily reptilian hadn’t spent thirty years in the diplomatic corps on his homeworld for nothing. He saw through their clumsy attempts to pin him down him with successive chains of word-association.

Critical to his success was that he kept his composure at all times, despite the Commission’s insulting insinuations. Working in his favor were the differences between the cultures in which the two species lived. The humans, to Jeklior’s amusement, were absurdly fixated on sex. With a combination of titillation and shock they returned to the subject repeatedly — but by implication only. Fearing an interstellar incident, they couldn’t bring themselves to ask Jeklior directly the one question that preyed on their minds.

As a consequence, exhausted and seeing no prospect for success, the Commission adjourned, but not without issuing a stern warning.

“Ambassador Harkani,” said Vice Chancellor Lasso, “Thank you for your cooperation. You are dismissed. Know, however, that you are still under suspicion and may be called back at a future time if new evidence is uncovered.”

Jeklior nodded, rose and with deliberate nonchalance, strode out of the human’s overly elaborate interrogation chamber. Once out on the street, he hurried over to the nearest taxi stand, were a sleek autohovercar waited. Without looking back, he hopped in and called out the terminal of the Adam Smith spaceport that would handle his return trip to Caliax-Dronani.

But just as the car was about to lift off, a pair of hard knuckles rapped sharply against its passenger-side window. Jeklior looked up to see the metallic face of OPR-24 staring at him, told the hovercar to wait and rolled the window down.

“Apologies for disturbing you, Ambassador,” said the gynoid. “But there is critical data that you must access as soon as possible.”

Jeklior was about to ask what data she meant, when he felt her composite nanotube fingers press a data cylinder into his scaly palm.

“It is regarding Glenna DuBois,” said OPR-24. “I cannot linger without rousing suspicion. The data in question is on that cylinder. Show it to no one until you have reviewed it. Now, I believe the culturally appropriate phrase is ‘good luck.’"

The gynoid stepped back, the hovercar window rose unbidden and seconds later, Jeklior was aloft. What, he wondered, would the data cylinder reveal? Though the car had a data reader embedded in a dashboard to his right, he resisted the temptation to play it now or even during the long journey home. Guiding his decision was a certain intuition about who had created the data cylinder and why.

The journey to his homeworld seemed to stretch out into eternity. There was nothing for Jeklior to do but reminisce about the brief relationship that now threatened to turn his studiously quiet life into a maelstrom of interrogations, veiled accusations and perhaps even official sanction.

They could take everything, he fretted.

Fortunately, even in the worst situations, time rolls on. As unbearable as Jeklior’s return trip was, it had a routine end. Less than a week after he departed Prosperity, a local transport service had picked him up at the spaceport and dropped him off not two blocks from his isolated suburban home. In spite of himself, he forced his anxious heart to wait long enough to call up a meal from his replicator, and wash it down with a flask of Selbatrian rosé.

Refreshed, he took the data cylinder that he’d barely stopped thinking about since he received it and snapped it into a data reader in his living room. Instantly a holographic image flooded his visual field.

It was, as he’d expected, Glenna, smiling out at him as if they’d said goodbye only the day before.

“Jeklior, Love,” her image said. “You’re watching this because something terrible has happened. There are humans who will stop at nothing to keep our species divided. We are merely their pawns. My only hope is that what I’m about to tell you will spur you to action. I won’t blame you if you don’t get involved. I didn’t fall for you because I thought you were a hero. But there’s a spark of justice in you, in both of us. Give me a chance to ignite it, just like we once set ourselves on fire with passion. Here’s what you need to know….”

Jeklior listened, slack-jawed, not sure what was more overwhelming: The sinister details Glenna related, or his grief that she was gone.